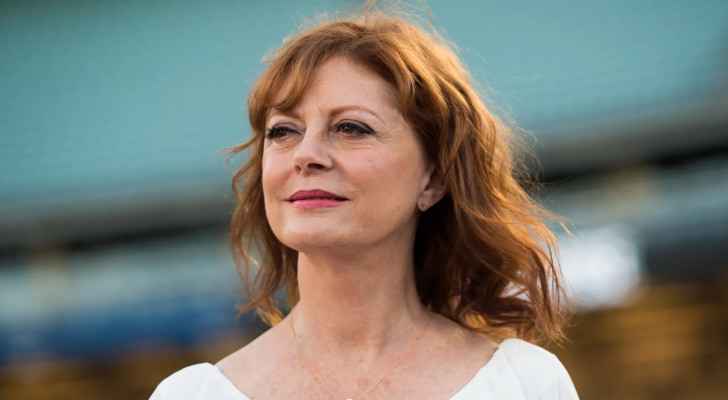 Wednesday, American actress, Susan Sarandon, expressed her anger towards the death of slain reporter Shireen Abu Akleh, who was killed by Israeli Occupation.

Sanadon wrote on Twitter: “Shireen Abu Akleh was EXECUTED with a shot to the head by Israeli snipers while wearing her helmet & bullet proof vest that said PRESS on in.”

“How long will we continue remaining silent while our “allies” kill journalists for telling inconvenient truths?” she added. 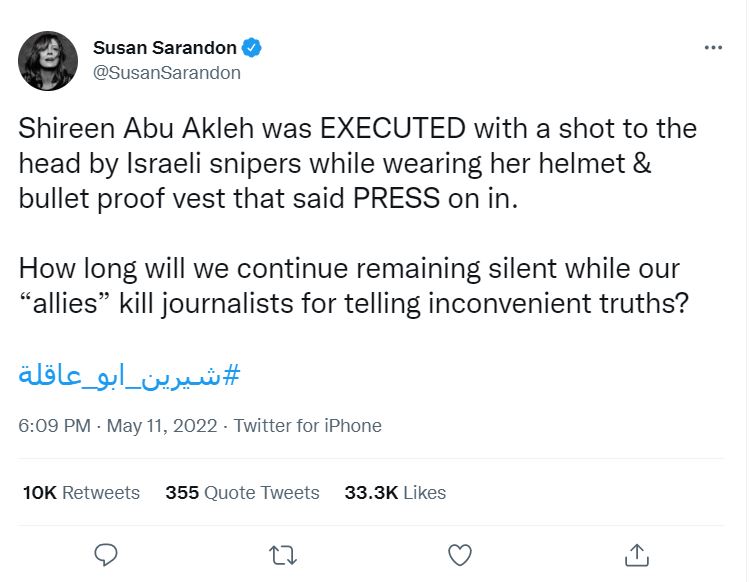 This was not the first time the 75-year-old actress had expressed her support for Palestinians.

She did so on several occasions such as in December 2021 when she published a quote from South Africa’s late retired Archbishop and anti-apartheid icon, Desmond Tutu which said “Israel will never get true security and safety through oppressing another people. A true peace can ultimately be built only on justice.”

Prior to that, in May 2021, Sarandon wrote “I stand with the Palestinian People fighting against the apartheid government of Netanyahu.”

Additionally, she had praised the American model of Palestinian origin, Bella Hadid, “for having the bravery to stand in solidarity with her people.”

Sarandon’s latest tweet Wednesday, May 11, 2022, came after the Israeli Occupation had killed Al Jazeera veteran Shireen Abu Akleh as she was covering Israeli Occupation’s raid on Jenin refugee camp early in the morning.