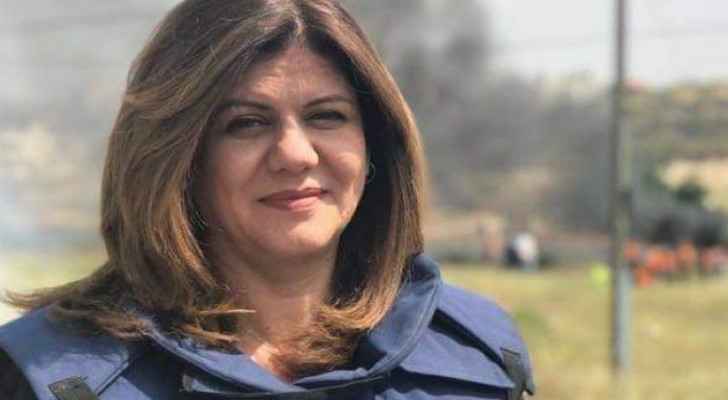 "In a tragic murder that violates international laws and norms, the Israeli Occupation forces, in cold blood, assassinated our reporter, Shireen Abu Akleh," the statement said.

The network condemned "this heinous crime, through which it is intended to prevent the media from fulfilling its message," and added, "We hold the Israeli government and the occupation forces responsible for the killing of the late colleague Sherine."

Al Jazeera also called on the international community to condemn and hold the forces of the Israeli Occupation accountable for their deliberate targeting and killing of Shireen Abu Akleh.

Additionally, Al Jazeera added that producer, Ali Al-Samoudi, was injured in the attack, as he was with the late Sherine while covering the Israeli Occupation's raid on Jenin this morning.

"We hold the Israeli authorities responsible for the safety of Al-Jazeera producer Ali Al-Samudi, who, along with colleague Sherine, was targeted by shooting him in the back during coverage while he was undergoing treatment," Al Jazeera added in their statement.

Earlier Wednesday, the Palestinian Ministry of Health announced the death of fellow journalist Shireen Abu Aqleh, by the Israeli Occupation army, in the northern West Bank.