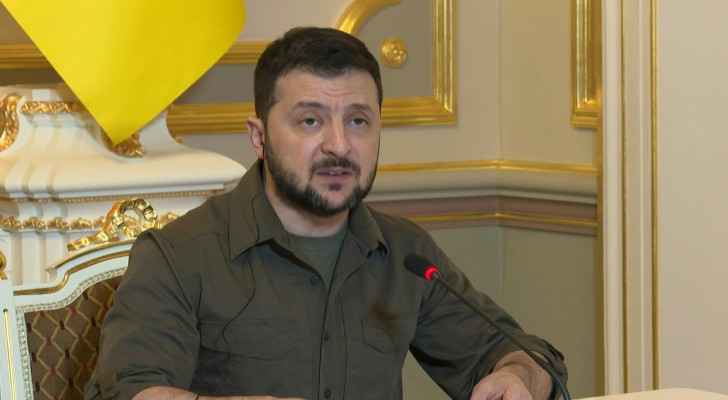 Ukrainian President Volodymyr Zelensky said that Russian missile strikes and deportations are "imitations" of Nazi actions during World War II, while speaking on a video call to G7 leaders, according to AFP.

Zelensky added that other world aggressors "are looking to see if Russia succeeds now and if they are able to repeat it.”

"The missile strikes at Odessa and our other cities are an imitation of how the Nazis tried to bomb and destroy European cities by bombardment. The deportation of more than five hundred thousand Ukrainians to Russia and the so-called 'filtration camps' set up by Russian troops in the occupied territories of Ukraine are imitations of the deportations and concentration camps that the Nazis organised in Europe," he said.

Zelensky added, "It is necessary, I beg you, to implement these sanctions and at least give your feedback. No export-import operations with Russia as long as Russia is spending the money it has earned on destroying freedom in Ukraine and throughout Europe."

"Russia wants to move on Europe, and all the potential aggressors in the world, who also want to ruin the lives of their neighbors, are looking to see if Russia succeeds now and if they are able to repeat it," he lastly said.