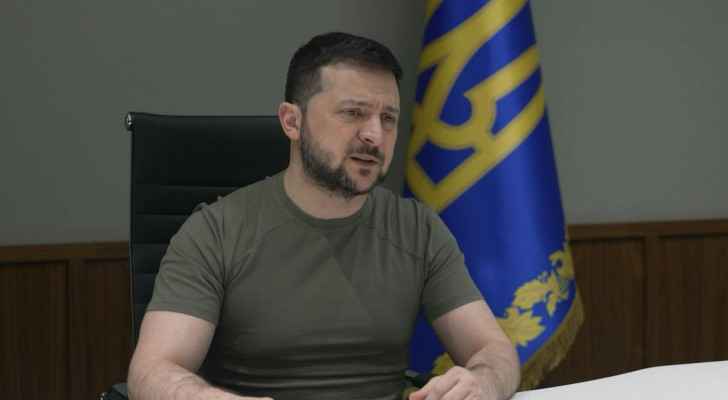 He added that 6.5 billion dollars were raised at the International Donors' Conference, but "this is only part of what is really needed to restore normal life" in territories affected by the Russian military operation.

Zelensky on Thursday had launched a global crowdfunding platform to help Kyiv win the war with Russia and rebuild the country's infrastructure, according to AFP.

"In one click, you can donate funds to protect our defenders, to save our civilians and to rebuild Ukraine," Zelensky said in English in a video posted on his Twitter page.

"Every donation matters for victory."

"All funds will be transferred to the national bank of Ukraine and allocated to the relevant ministries," Zelensky said, indicating that his government would give an update "every 24 hours" about how the money was being used.

The Ukrainian leader called on ordinary people around the world to help Kyiv defeat Moscow.

"Only together we have the potential to stop the war and to rebuild what Russia has destroyed."

He said Ukraine will "always remember" their contributions.

It is not the first such fundraising effort launched by the Ukrainian government.

In mid-March, it launched a website with all donations funneled to Ukraine's central bank.

Offering donors the chance to give in 10 cryptocurrencies, including Bitcoin, ether, tether and dogecoin, the campaign was an immediate hit with its official website tweeting on March 19: "Over $60M contributed, with $10M donated in a few days!"

Zelensky, 44, has addressed parliaments around the world on an almost daily basis, appealing for support amid Moscow's attack.

EU denies 'double standards' in its ....