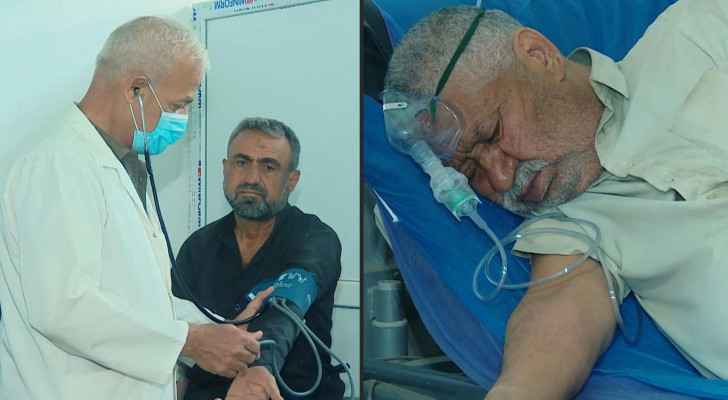 Iraq was yet again covered in a thick sheet of orange as it suffered the latest in a series of dust storms, sending more than 1,000 Iraqis to hospital with respiratory ailments, reported AFP.

Iraq was hammered by a series of such storms in April, grounding flights and leaving dozens hospitalized with respiratory problems.

Head of the Emergency department at Karbala's Al-Hussein hospital, Dr. Safaa al-Badan, said in an interview with AFP, "We've been receiving patients since the storm began at around 01:00 last night. We've received about 749 patients so far, suffering from breathing difficulties."

A patient at Al-Hussein hospital, Hussein Abdel Wahab, said "I don't have asthma, but when there's a dust storm, I start feeling a shortness of breath and difficulty in breathing."

Additionally, a Karbala resident, Kazem Radhiwi, said "The storm has a very strong effect. If there were a "green belt", this dust and drought [could have been] prevented. This year, there is a drought and there is no rain at all. These issues are supposed to be addressed by the state."