US vows to move 'heaven and earth' on bolstering Ukraine

US vows to move 'heaven and earth' on bolstering Ukraine 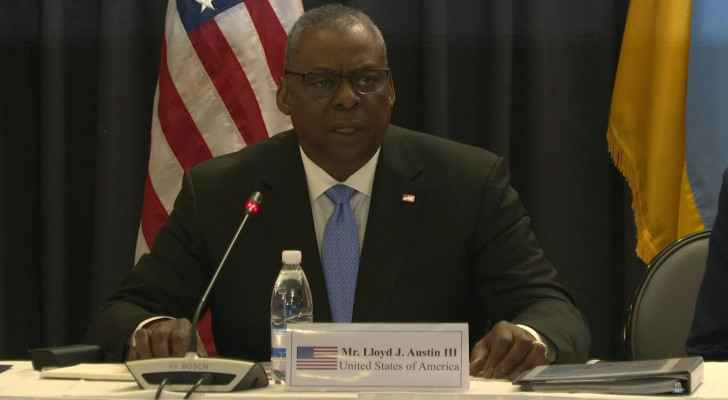 The United States vowed Tuesday to move "heaven and earth" to help Ukraine win its battle against Russia's military operation, as allies from 40 nations met to bolster Kyiv's defense against Moscow.

The meeting called by the US at its Ramstein air base in southwestern Germany aims "to help Ukraine win the fight against Russia's unjust invasion and to build up Ukraine's defenses for tomorrow's challenges", said Defense Secretary Lloyd Austin as he opened the talks.

"Ukraine clearly believes that it can win and so does everyone here," he added.

The US is already the biggest supplier of international military aid to Ukraine and Austin said Washington is "going to keep moving heaven and earth so that we can meet" Kyiv's needs.

At the talks, German Defense Minister Christine Lambrecht said Berlin has agreed to give the go-ahead to the delivery of used Gepard anti-aircraft tanks to Ukraine.

The move towards heavy weapons deliveries marked a turning point from Germany's timid backing for Kyiv which has put Chancellor Olaf Scholz under fire at home and abroad.

Lambrecht admitted that the Bundeswehr's weapons stocks are limited, but said it will turn to the inventory of Germany's armaments manufacturers.

Kyiv has been asking for heavy artillery and tanks to repel Russian forces trying to seize complete control of its vast southern plains and the eastern region of Donbas.

But the Russian-made equipment which Ukrainians have been trained to use is now rare.

Some countries in eastern Europe which still had stocks have sent them to Kyiv, sometimes in exchange for newer generation US equipment.

Austin had held a press conference on Monday at a Polish warehouse stacked high with tonnes of humanitarian and military aid ready to be packed onto trucks bound for Ukraine.

Next to the pallets of medical material and diapers were hundreds of Russian-made shells and rockets provided by countries that prefer to remain discreet on their participation in arming Ukraine.

Outside the warehouse, seven vehicles towing howitzers with a range of 30 kilometers (18 miles) were awaiting transfer. They were parked in front of hundreds of pallets of carefully packed shells and various ammunition.

But all that is insufficient, and Washington, which had in the beginning limited its deliveries to so-called "defensive" weapons, has started to send heavy US-made arms, like howitzer cannons and various armored vehicles.

The US is "engaging our colleagues in other countries for the same type of capability, and we see indications early on that... many countries are going to come forward and provide additional munitions and howitzers," said Austin.

France is delivering Caesar cannons with a range of 40 kilometers and Britain has provided Starstreak anti-air missiles and tanks.

The meeting is also aimed at ensuring Ukraine's security in the longer term once the war is over.

"Ukraine needs our help to win today and they will still need our help when the war is over," noted Austin.

The meeting on Tuesday is not being held under the auspices of NATO, but the alliance's members including Washington's European allies are in attendance.

Also present are countries further afield like Japan or Australia, which fear that a Russian victory in Ukraine could set a precedent and spur on the territorial ambitions of China.