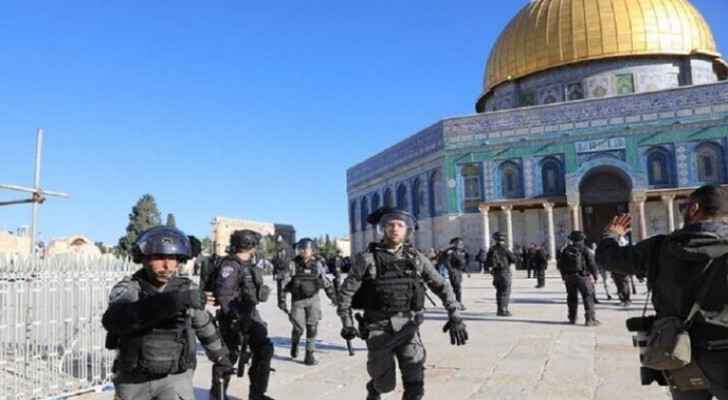 Friday, the UN High Commissioner for Human Rights called for an 'independent and transparent investigation' into the violence practiced by the Israeli Occupation police against Palestinians in Al-Aqsa Mosque.

UN Human Rights spokesperson, Ravina Shamdasani, said at a press conference in Geneva that the violence committed against Palestinians in Al-Aqsa Mosque from April 15 - April 17, resulted in the injury of 180 people, including 27 children.

Shamdasani added that the Israeli Occupation police had also arrested around 470 Palestinians, including 60 children.

The UN expressed their deep concern about the escalating violence over the past month, adding that “the witnessed conduct of Israeli security forces in particular on 15 April, captured in numerous videos, raises serious concerns that the use of force was widespread, unnecessary and indiscriminate.”

“A number of Palestinians, including elderly, women, children and at least one journalist, who did not appear to pose any threat to the Israeli security forces in any manner, were beaten with batons or shot with sponge-tipped bullets from close range. Many sustained broken bones. Some were injured from stun grenades including some directly striking their heads,” the statement added.

“All use of force resulting in killing or injury must be promptly, impartially, independently and transparently investigated, and those responsible for any violations held to account.”

It noted that “the response by Israeli authorities to the attacks in Israel, in particular measures imposed by Israel on Jenin Governorate such as widespread movement restrictions and punitive measures taken against family members of suspected attackers, raise concerns of possible collective punishment. International humanitarian and human rights law strictly prohibits penalties of any kind against people or entire groups of people for acts they have not personally committed.”

“We echo the call of the UN Secretary-General for calm and urge investigations where people have been killed or injured,” the statement lastly said.