'If you want me to stop talking, they should stop killing': Bella Hadid on situation in Palestine

'If you want me to stop talking, they should stop killing': Bella Hadid on situation in Palestine 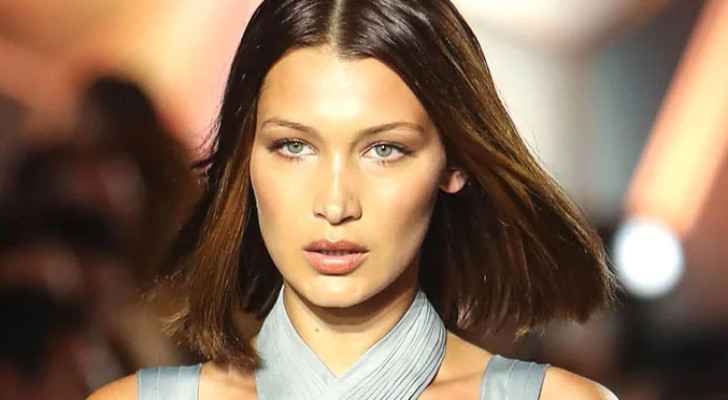 Palestinian-American model Bella Hadid took to Instagram to speak about the atrocities committed against Palestinians by the Israeli Occupation. Hadid posted a series of videos documenting attacks on innocent Palestinians everyday, urging her followers to “watch every one of them.”

Hadid wrote, “I urge you to watch every one of these videos. Whether it is a 12 year old child being suffocated by a grown man, or a mother of 6, running with her hands up , shot by the military. An elderly man on crutches, unable to fight back, being thrown to the ground. A child and his father being terrorized for absolutely zero reason.”

She continued, “Please someone tell me which one of these people provoked this kind of attack? If you are trying to come up with an excuse, you are the problem.”

Hadid stressed that she will continue to “come forward with peace, showing factual information about how the IDF, Israeli government, and settlers attack innocent Palestinians for no reason, except for simply being Palestinian.”

“I am not here to make this up. Believe me, I do not want to have to post this kind of terror. These are not actors. These are real IDF soldiers (who are supposed to protect) and real Palestinian people, with lives, families, jobs, history and souls. If you want me to stop talking, they should stop killing.”

People on Hadid’s recent Instagram posts supported and praised her courage in using her platform to speak up for Palestine. Her latest posts on Instagram got over four million likes combined.

In her second post, which was covered by Instagram for containing sensitive content, Hadid rhetorically asked “How many babies and children have to be murdered by a government system, before people start to care?”

“I will not allow us to all be named “terrorists” (as I’ve been called since I was a child, for simply just being Palestinian. ) just for being alive or standing up for our people. As if they go hand in hand. For standing up for what is right. HUMAN rights. This occupation is not only killing the lives of many women, children, men on a regular basis, but it is tainting the name of another people’s in the process. It is saddening and sickening.”

“Since 1948. Since my father was kicked out of his home when he was 9 days old,” she continued.

She lastly wondered, "Who benefits from war and violence? The answer is never the people. Injustice anywhere is a threat to justice everywhere."

'Will you free my Palestine?': Bella Hadid on Instagram