Statement issued by Ukraine on 14th day of Russian-Ukrainian war

Statement issued by Ukraine on 14th day of Russian-Ukrainian war 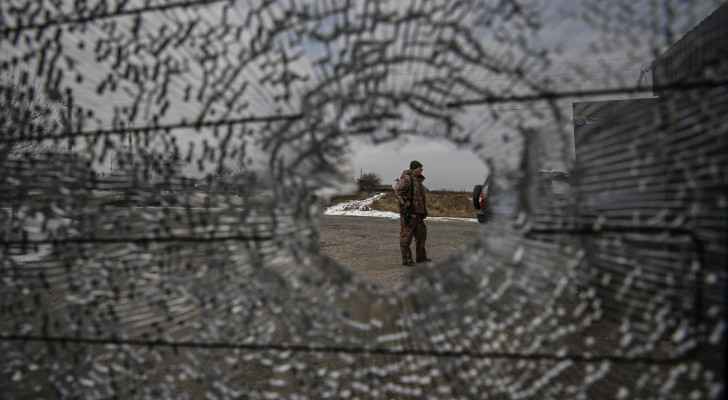 Ukraine issued a statement on the 14th day of the Russian-Ukrainian war and its developments as of 12:00 Wednesday, March 9. Roya received a copy of it.

The statement said that Russia “significantly reduced the pace of the troops’ advance, but did not refuse to conduct an offensive operation. The Russian occupants experience losses in manpower and hardware, the personnel are demoralized, surrender or abandon the posts.”

Russia continues “focusing its efforts on encircling the city of Kyiv, capturing the cities of Sumy, Kharkiv, Mariupol' (Donetsk region) and Mykolayiv; providing a land corridor between the temporary occupied territory of the Autonomous Republic of the Crimea and the mainland of the Russian Federation. It does not stop trying to approach the administrative borders of Luhansk and Donetsk regions,” the statement said.

The formation of Russia’s “reserves in the permanent bases for further deployment to the defined areas on the territory of our state is in progress. Due to the fierce resistance of the residents of Kherson, the occupants are trying to impose an administrative-police regime. With this aim the units of the Russian Guard were deployed in the Kherson region, which illegally detained more than 400 citizens of Ukraine,” it added.

“In Volyn' direction, the enemy does not carry out the offensive actions, but there is a high probability of sabotage actions at military facilities and civilian infrastructure in Rivne and Lviv regions by means of sabotage and reconnaissance groups of the occupants,” it continued.

The statement said that as for Polissya direction, Russia is acting “with the help of the separate units of the 29th, the 35th and the 36th Combined Arms Armies of the Pacific Fleet and the Airborne Troops of the Russian Federation. After an unsuccessful offensive actions, a significant number of the units of the occupant’s advance strike group suffered casualties and were hastily withdrawn to the recovery areas. The combat hardware is usually not evacuated by the enemy.”

“According to the available information, the enemy is regrouping in order to prepare for another attempt to capture Kyiv. After an unsuccessful advance in the area of settlement of Fastiv (Kyiv region), the enemy is trying to resume the offensive operations in this direction.”

“In Siverskyi (northern) direction, the enemy with the help of the separate units from the component of the 2nd, 41st Combined Arms Armies and the 90th Tank Division of the Central Military District, is trying to resume the offensive actions,” it continued.

“By the forces up to BTG the enemy performed the crossing over the Trubizh River, blocked the highway E95 in the area of the settlement of Zalissya (Kyiv region). It suffered losses on the outskirts of Chernihiv and in other directions. In order to restore the combat capabilities of the grouping, the BTG from the component of the 55th Separate Motorized Infantry Brigade of the 41st Combined Arms Army of the Central Military District as the operational reserve, was transferred to the territory of Ukraine.”

“As for Donetsk direction, the occupants with the forces of the 1st, 2nd Army Corps as well as separate units of the 150th Motorized Infantry Division of the 8th Combined Arms Army (up to 7 BTGs) are trying to continue the offensive operations in previously selected directions in order to approach the administrative borders of Donetsk and Luhansk regions.”

“In Tavriya direction, the enemy with the help of the separate units of the 49th Combined Arms Army, the 22nd Army Corps, the 20th Motorized Infantry Division of the 8th Combined Arms Army and the Airborne Troops (up to 17 BTGs) controls the boundary from Kherson to Rozivka (Zaporizhzhia region). The attempts to force the Southern Bug River were successful. The enemy uses Kherson International Airport to base its combat aircraft,” it added.

“In Pivdennobuzkyi operational area, the Russian occupants are holding the boundary from the city of Kherson to Kakhovka (Kherson region). The separate units from the component of the 49th Combined Arms Army of the Southern Military District were stopped to the northeast of the city of Mykolayiv along the Inhul River,” the statement continued.

The total estimated loss of Russia within the period of Feb. 24 – March 9 on 6 am:

“The data regarding the losses is preliminary and may be specified. The total calculation is complicated by the intensity of the combat actions,” it concluded.