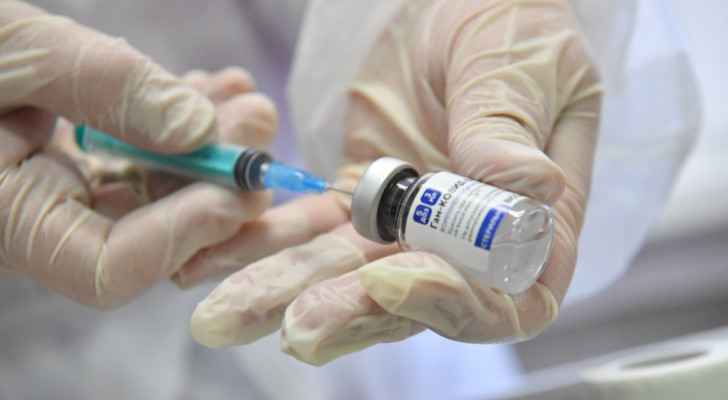 Here are the latest developments related to the spread of the coronavirus in the world in light of the latest numbers, measures and new facts on Saturday:

On Saturday, Russia announced a record number of coronavirus infections for the second day in a row.

Russia, the country most affected by Covid-19 in Europe, recorded 57,212 new infections, after it recorded 49,513 injuries on Friday, according to government figures.

- Quarantine imposed on the islands of Samoa and Kiribati -

Quarantine was imposed from Saturday in the islands of Kiribati and Samoa in the Pacific Ocean, after remaining so far spared from the epidemic, following the emergence of cases among travelers who came from abroad.

Since the start of the health crisis, the archipelago of Kiribati has not recorded any cases, while the islands of Samoa have recorded only two cases, according to the World Health Organization.

- Protests against vaccination certificate in France -

Opponents of the vaccination certificate in France demonstrated in the streets of a number of cities Saturday, two days before the start of its adoption, calling for "freedom" and denouncing the "apartheid" imposed by the government, according to them, between the vaccinated and the unvaccinated.

From Monday, all adults 16 and older will have to prove they have received the full vaccination to attend recreational activities, enter restaurants, bars and fairs, and use inter-provincial public transport. Only carrying a negative test result will suffice to enter health facilities.

- Protests against vaccination certificate in Sweden -

A few thousand quietly demonstrated in Stockholm and Göteborg, Sweden's second largest city, to protest against the certificate of vaccination against COVID-19.

- Postponement of the Arab League summit in Algeria -

The coronavirus has caused the death of at least 5,583,378 people in the world since it appeared in China in December 2019, according to a census conducted by Agence France-Presse based on official sources Saturday at 15:00 GMT.

The World Health Organization estimates that the total number of deaths may be two to three times higher, taking into account the increased number of deaths directly and indirectly related to the epidemic.