Dozens of Palestinians injured by IOF

Dozens of Palestinians injured by IOF 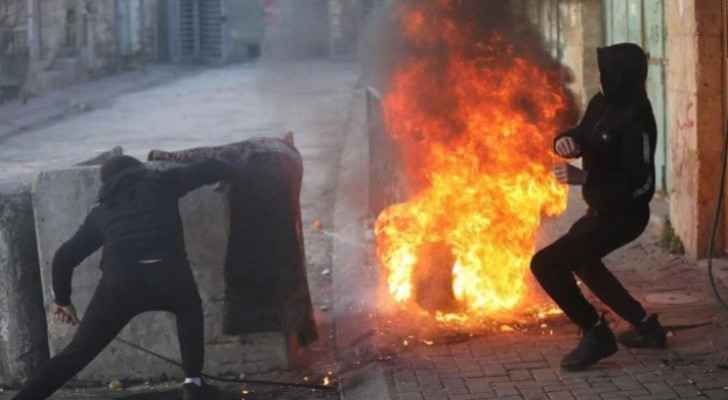 Two Palestinians were injured by rubber-coated metal bullets Saturday during clashes with the Israeli occupation forces in the village of Kafr Qaddoum, east of Qalqilya.

Dozens of others suffocated from tear gas.

The Palestinian Ma'an News Agency reported, quoting eyewitnesses, that the occupation forces fired rubber-coated metal bullets, sound bombs and toxic tear gas at citizens, who were treated in the field.

In addition, clashes erupted Saturday, between the youths and the Israeli occupation forces, which stormed the town of Burqa, northwest of Nablus.

The official in charge of the settlement file in the northern West Bank, Ghassan Daghlas, said that clashes erupted in the town of Burqa amid heavy firing of bullets and tear gas canisters, after the occupation forces stormed the area.

The occupation forces, stationed at the "Kissufim" military site, east of Qarara, north of Khan Yunis, fired tear gas canisters and machine guns at shepherds in the area, forcing them to retreat from the grazing area, without reporting any injuries.