Kazakhstan appeals to Moscow-led alliance for help against 'terrorists'

Kazakhstan appeals to Moscow-led alliance for help against 'terrorists' 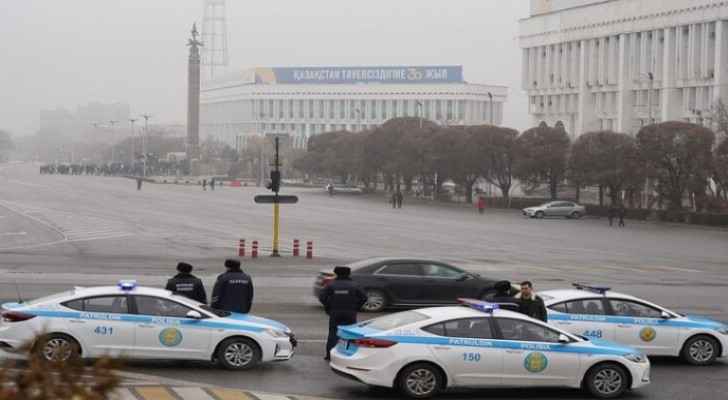 Kazakhstan's President Kassym-Jomart Tokayev said Thursday he had appealed to a Moscow-backed security alliance for help quelling protests across the ex-Soviet nation that he said were led by "terrorists".

The Central Asian country has been rocked by protests since the start of the year over a New Year fuel price hike that on Wednesday escalated into protesters clashing with police and storming government buildings.

"In fact, this is no longer a threat," he added. "It is undermining the integrity of the state."

Tokayev, who earlier imposed a nationwide state of emergency, said that terrorist groups -- which he said "received extensive training abroad" -- are "currently rampaging" across the country.

"They are seizing buildings and infrastructure and, most importantly, are seizing the premises where small arms are located," he said, adding that they had also seized five planes at the airport in the country's biggest city Almaty.

"There's currently a battle ongoing near Almaty with the air forces of the defence ministry, a stubborn battle," Tokayev claimed.

Kazakh media outlets reported that at least eight police officers and military servicemen were killed in the unrest.

They cited the interior ministry as saying 317 police and national guard servicemen were injured and eight killed "by the hands of a raging crowd".