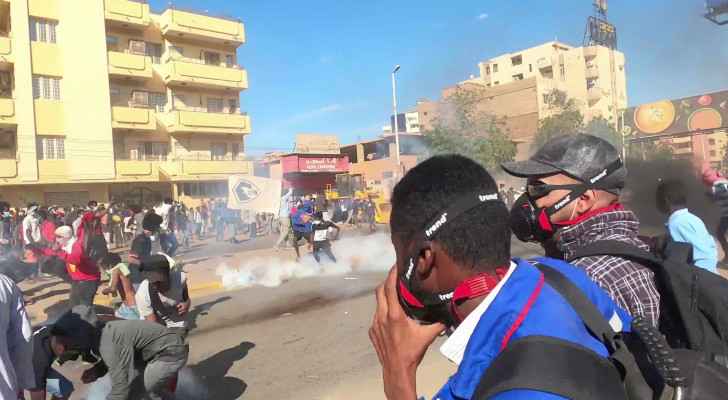 Sudanese security forces shot and killed four protesters on Thursday during demonstrations by tens of thousands who defied a security lockdown and severed communications to rally against military rule, medics said.

For more than two months, pro-democracy activists have kept up a campaign of street demonstrations against a military takeover in October.

A crackdown on the protests has now seen at least 52 people killed, according to the independent Doctors' Committee, which is part of the pro-democracy movement.

On Thursday, security forces killed with live bullets four protesters in Omdurman, twin city of the capital Khartoum, and wounded dozens, they said.

"We call on doctors to come to the Arbain hospital in Omdurman because the putschists are using live rounds against protesters and preventing ambulances from reaching them," they added.

Their plea was posted on social media accounts of Sudanese living abroad as authorities had severed domestic and international phone lines.

Communications were restored by evening when the demonstrators had dispersed.

The US embassy, which had called for restraint in the use of force, condemned the killing of protesters and also deplored "the violent attacks by Sudan's security services on media outlets and journalists."

Despite the risks, protesters chanted "no to military rule" during rallies in several part of Sudan demanding a transition to a civilian government.