Palestinians injured during confrontations with IOF in Nablus

Palestinians injured during confrontations with IOF in Nablus 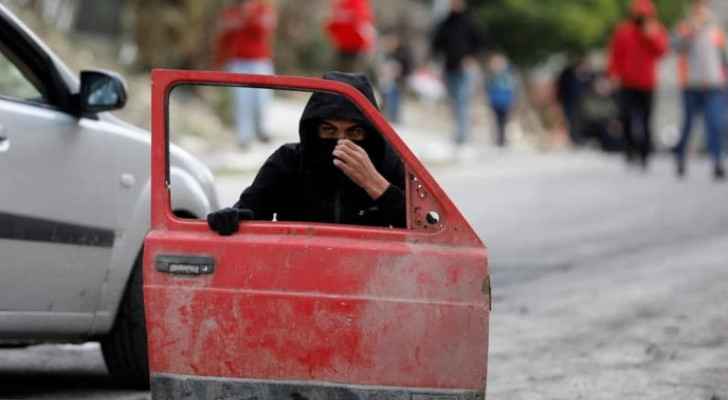 Dozens of Palestinians were wounded by Israeli Occupation Forces' (IOF) bullets during clashes that erupted after Friday prayers in the villages of Burqa, Beit Dajan and Beita in the Nablus governorate.

According to a statement issued by the Palestinian Red Crescent, two foreign activists holding IDs that belong to the Israeli Occupation were injured and were handed over to the Magen David Adom at the Za'tara checkpoint, south of Nablus, one of whom was hit by rubber bullet in the face.

According to the statement, the injuries were as follows: 43 suffocated as a result of the IOF firing tear gas and sound bombs at citizens, in addition to the injury of seven with rubber bullets, and three injuries sustained as a result of fractures from falls.

Hundreds of citizens protested against settlements in these areas, in protest against the continued establishment of outposts on citizens' lands.

In the village of Kafr Qaddoum, east of Qalqilya, two Palestinians were wounded by rubber bullets, and dozens suffocated, today, Friday, in clashes with the IOF following the start of the weekly march.

Eyewitnesses said that the army fired metal bullets, sound and gas canisters extensively at the march participants, which led to the injury of two civilians with metal bullets and dozens experienced suffocation, who were treated in the field, according to Wafa.