Lebanese man dies after setting himself on fire

Lebanese man dies after setting himself on fire 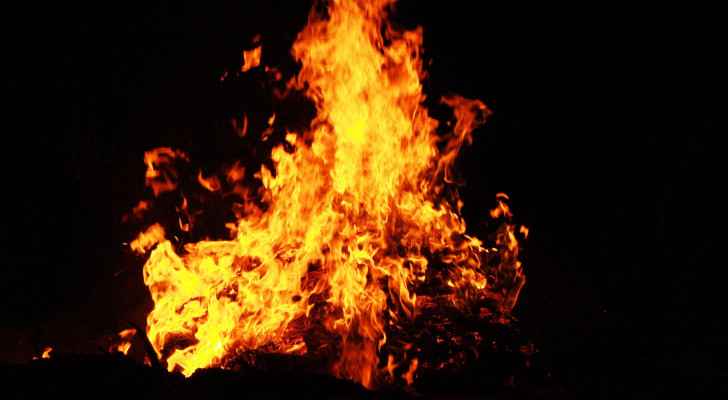 Thursday, a Lebanese man died of severe burns he had sustained after setting himself on fire, two days ago, Tuesday, in Baalbek.

According to the Lebanese National News Agency, the citizen did this “to protest the difficult living conditions.”

Lebanon's financial crisis, described by the World Bank as one of the worst recessions in modern history, has been exacerbated by political deadlock and disagreement over the investigation into last year's port explosion that killed more than 200 people.

The Beirut port explosion was one of the world’s largest non-nuclear explosions and the worst disaster that Lebanon experienced in peacetime, at a time when the country was slipping into an abyss of political and economic collapse.

The Lebanese pound has lost 90 percent of its value, and the crisis has pushed three quarters of the population into poverty.

Citizens struggle to provide basic commodities such as fuel and medicine.

Prime Minister Najib Mikati's government, which took office in September, is focused on resuming talks with the International Monetary Fund (IMF) in order to provide much-needed foreign aid to Lebanon, and has been shrouded in political stalemate since a cabinet meeting broke up due to a dispute over the investigative judge in the port explosion.

Last November, an anti-poverty expert at the UN said that Lebanese officials live in a "fairy world" and have no sense of the need to act urgently to alleviate the crisis.

Suicide rates in Jordan are higher than the announced ....

Suicide rates in Jordan are higher than the ....

Suicide rates in Jordan are higher than the ....

Suicide rates in Jordan are higher than ....