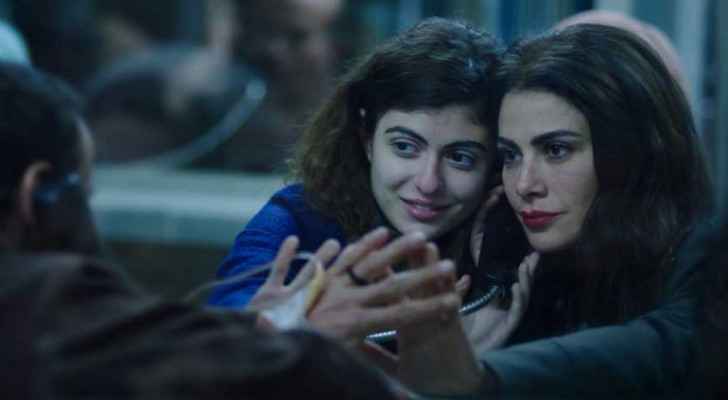 The Palestinian Legislative Council condemned the offense against all those imprisoned in the Israeli Occupation’s prisons, in the clips that circulated from the movie “Amira,” saying it alters the reality of the prisoners.

In a press statement issued by the council today, Wednesday, the committee chairman, MP Muhammad Zahrawi, called for banning the film in Jordanian cinemas, calling on production institutions to produce films that support the rights of Palestinian prisoners in their struggle behind bars, and that they should not distort the facts that serve the Zionist occupier.

On the other hand, the head of the Studies and Documentation Unit in the commission of detainees' affairs, Abdel Nasser Farwana, said today, Wednesday, that the way the film is being critisized will make it more famous and more sought after, saying he himself had not seen it, but had heard about it two months ago.

In a post on his personal page on Facebook, Farwana called to fight the film away from the media, and to produce a film that shows the point of view of the Palestinian national narrative.

Today, Wednesday, the head of the Commission of Detainees' Affairs, Major General Qadri Abu Bakr, said that Jordan has officially decided to stop showing the movie "Amira" in Amman.

The Palestinian Ministry of Culture condemned the production and screening of the movie, which it said it "clearly assaults and abuses the dignity of the prisoners, their heroism, and their great struggle history, as it deals with the process of smuggling sperm from the occupation prisons."

The film was submitted in Nov. 11 by the Jordan’s Royal Film Commission (RFC) that announced that Jordan has nominated the feature-narrative film as its official entry for the Best International Feature Film at the 94th Academy Awards ceremony.

“Based on the recommendations of an independent committee consisting of Jordanian experts involved in the writing field and the audio-visual scene, the committee chose this feature, which was entirely shot in Jordan in 2019 and is co-produced by Jordan, Egypt and Palestine,” RFC said in its statement.

“‘Amira’ is a powerful examination of identity and humanity seen through the eyes of a young girl searching for herself. Mohamed Diab’s masterful filmmaking absorbs the viewer through the nuances of internal conflict so beautifully depicted by his incredible cast, mainly: Tara Abboud, Saba Mubarak and Ali Suliman. This is great, daring filmmaking at its very best,” the committee’s statement said, explaining the reason behind its choice of Amira.

Amira, which is a female name in Arabic that translates to Princess, follows the life of a 17-year-old Palestinian, who was concieved with the smuggled sperm of her imprisoned father, Anwar.
However, when Anwar is discovered to be infertile, her life turns upside down.

The film is set in Palestine, but was shot in Amman and Salt, and is the first Palestinian film to be directed by an Egyptian. It received positive reviews and has already won two awards at the 78th Venice International Film Festival, where it had its World Premiere.

Director of Amira bans film from ....