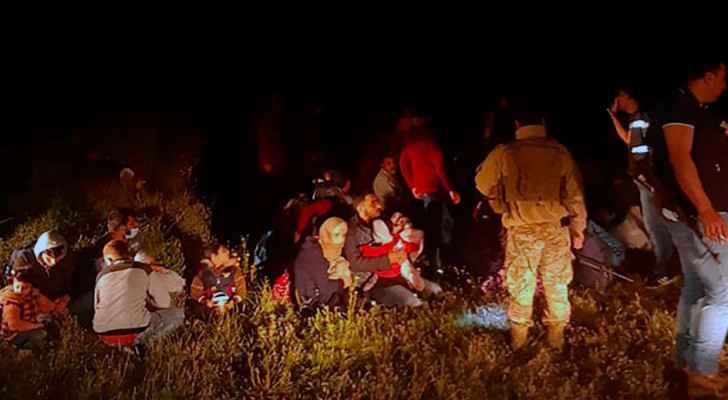 The Lebanese security forces announced on Friday that they had prevented a new crossing of 82 migrants to Europe by sea illegally.

The Internal Security Forces said in a statement that they raided a "tourist resort" on Thursday evening in the Qalamoun region in northern Lebanon after receiving information about this matter.

"As a result of the investigations and investigations carried out by the Northern Investigation Detachment in the regional gendarmerie unit, it was found that there were 82 men, women and children, who were intending to go to Europe by sea illegally in exchange for $5,000 for each person," the statement said.

The Internal Security Forces did not specify the nationality of these people, but announced the arrest of a Lebanese man who was presented as one of the smugglers.

Similar attempts to leave were repeated at the beginning of the year, mostly to the European Union member Republic of Cyprus.

Most of the migrants were Syrians who had sought refuge in Lebanon to escape the war in their country.

However, an increasing number of Lebanese are taking this step.

Lebanon, located about 160 km from the coast of the island of Cyprus, hosts more than one million Syrian refugees.