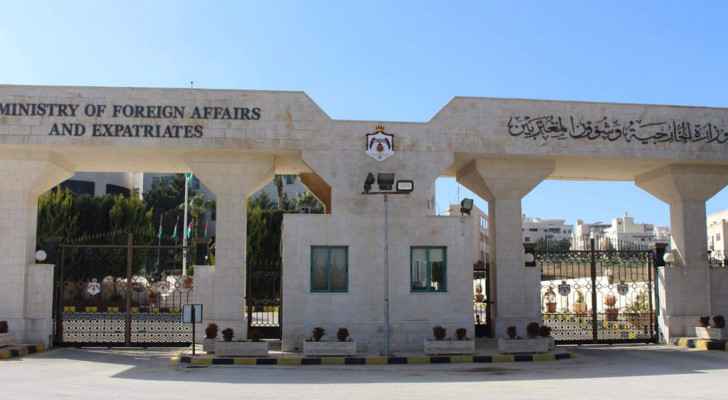 The foreign ministry Monday condemned the terrorist attack which took place in front of a hospital in Liverpool, England, UK.

The Ministry of Foreign Affairs and Expatriates said it condemns all forms of terrorism, expressing solidarity with the UK.

Prime Minister Boris Johnson on Monday said Britain would "not be cowed by terrorism" after a homemade bomb destroyed a taxi outside a hospital in Liverpool, killing a passenger.

"We will never give in to those who see to divide us with senseless acts," he told a Downing Street news conference as police probed the motive behind the attack.

Police in northwest England on Monday said they were treating a deadly blast outside a hospital in Liverpool as a "terrorist incident" involving a homemade bomb that was reportedly foiled by a quick-thinking taxi driver.

Russ Jackson, in charge of counter-terrorism policing in the region, said the motivation for Sunday's blast in a taxi was unclear.

But he said the improvised explosive device, which ignited in the cab, turning it into a fireball, was "built by the passenger" who died.

The explosion outside the Liverpool Women's Hospital came just minutes before a Remembrance Sunday service at nearby Liverpool Cathedral.

That has prompted speculation the event was the intended target.

Jackson told a news conference: "We cannot at this time draw any connection with this but it is a line of inquiry, which we are pursuing.

"Although the motivation for this incident is yet to be understood, given all the circumstances, it has been declared a terrorist incident."

Three men aged 21, 26 and 29 were arrested under the Terrorism Act soon after the explosion in the nearby Kensington area of the city and were taken for questioning.

A fourth man, aged 20, was detained earlier on Monday, Jackson said, adding that "significant items" had been found at a second address in Sefton Park, near Kensington.