Palestine Parliamentary Committee meeting on the anniversary of the Balfour Declaration 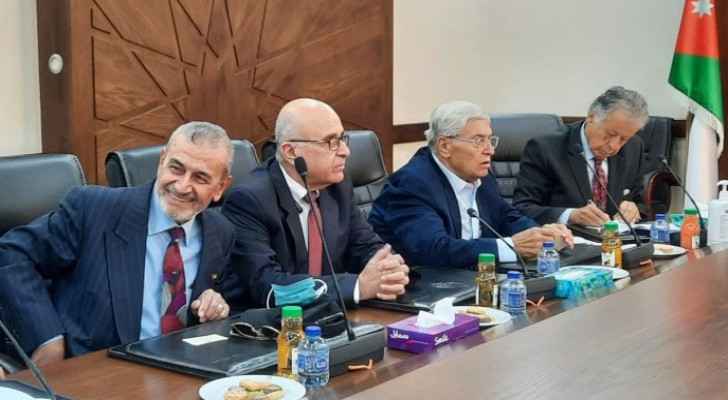 This came at the beginning of a meeting of the Palestine Parliamentary Committee with the Chairman of the Board of Directors of the Jerusalem Endowment Fund, Munib Al-Masri.

Sayegh said that although supporting Palestine morally is important, he called for the need to support it financially as well, pointing out that Zionists are sending huge sums of money in efforts to Judaize Jerusalem.

Sayegh said that despite the good cooperation with the Islamic Development Bank in Jeddah, the sums of money are unfortunately limited and do not help preserve the Arabism of Jerusalem and Palestine.

He said that all the efforts made by Roya Media Group (RMG), is the “least that can be done” in showcasing Palestine and the suffering of its people, noting that huge efforts are needed “to clarify the facts for international, European and American public opinion.”

He said: “We are not hostile to the European people, but they are hostile to us and are dishonest in all the emotions they show, and despite all the democracy they claim to have, we see that they are the most right-wing in regards to the Palestinian cause.”

“We have worked a little on changing European youth through social media, but this requires very great efforts to change the world’s opinion. This was evident in the position of the British House of Commons when 138 MPs demanded to force the Israeli Occupation to recognize the State of Palestine, but all this is met by an unfortunate Arab weariness,” he added.

Sayegh expressed his regret over the decision of Morocco, which normalized relations with the Israeli Occupation, despite the fact that Morocco had chaired the Jerusalem Committee for 20 years.

Sayegh stressed the necessity of continuing activities that focus on the consequences of the Balfour Declaration.