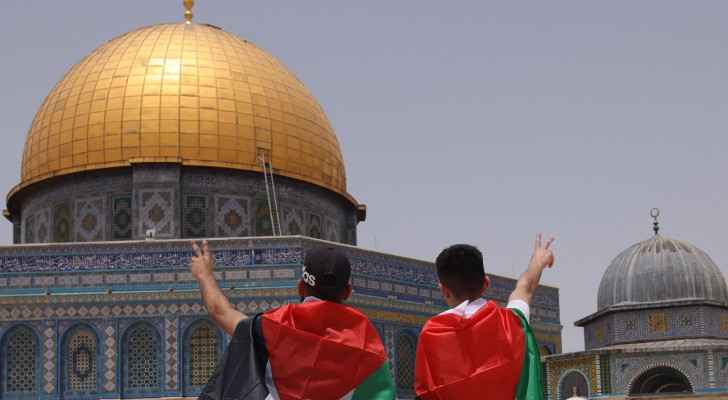 Friday, esteemed political website Foreign Policy published an impassioned essay penned by Jordanian political activist Zaid Omar Nabulsi, in which he defends Jordan's commitment to the Palestinian cause in response to an article published by Hasan Ismaik, in which he advocates that Jordan annex the West Bank and Gaza.

Below is the full text of his essay.

Hasan Ismaik begins his recent article in Foreign Policy—in which he advocates the annexation of the West Bank and Gaza Strip by Jordan as an ingenious solution to the Palestinian problem—by evoking the philosophical notion of Occam’s razor, proclaiming that “the simplest solution is almost always the best.”

Yet there is absolutely nothing in Ismaik’s proposal that can be remotely described as simple. In fact, his attempt at out-of-the-box thinking is riddled with countless complications, contradictions, unrealistic assumptions, and unachievable end results.

First and foremost, readers must ask why Ismaik reduces the Hashemite Kingdom of Jordan, my birthplace and my eternal homeland, to a mere laboratory tool. Jordan is not a dispensable political entity whose entire foundations, constitution, and demographic makeup can be irreversibly disfigured, mutated, and remolded to serve as a guinea pig for experimentation, all primarily aimed at appeasing Israel—an illegal occupier of Palestinian land—and rescuing it from its current predicament.

Ismaik assures readers that “Jordanian unification does not in any way equate with what the Israelis called the ‘Jordanian option.’” His justification rests on the argument that consensual annexation is legal while Israel’s occupation is not, ignoring the fact that this distinction fails to address the justified ire of the majority of the Jordanian people, who rightly view any attempt to resolve the conflict at the expense of their country as an existential threat to their own sovereignty and distinct national identity.

To be fair, I happen to agree with some of the premises of Ismaik’s article. Yes, Israel’s occupation of Palestinian lands is an incontrovertibly illegal endeavor. And, yes, Israel’s prospects of sustaining this inhumane apartheid system indefinitely are close to none. (Apartheid is my description and choice of words, not his.)

But since the author invokes Occam’s razor, it is odd that he ignores the much simpler solution to what he rightly describes as an illegal occupation. Indeed, why reward Israel with pipe dreams of economic prosperity and fairytales of cooperation between the occupier and the occupied instead of selecting the easier approach: demand that Israel adhere to international law and immediately withdraw from the occupied territories?

Letting the Palestinian people exercise their inalienable right to self-determination and to freely decide who will rule them should occur—but only after the illegal occupation has ended, not under its unbearable weight.

When confronted with the substantial obstacle of the 675,000 settlers living illegally in the West Bank and East Jerusalem, Ismaik proposes yet another purported solution that is fundamentally flawed and impossible to envisage in reality. While he acknowledges that the religious hard-liners among them may not want to leave what they regard as God-given holy territory in the West Bank, he is willing to offer these extremist zealots living on stolen Palestinian land the gift of full Jordanian citizenship. To add insult to injury, he even makes the preposterous suggestion of granting these settlers a quota of guaranteed seats in the parliament of what he would call the “Hashemite Kingdom of Jordan and Palestine.”

Just as the U.S.-brokered Abraham Accords between Israel and Gulf countries attempted to rewrite the history of the Palestinian struggle for independence and liberation by imagining it as some kind of a business deal, Ismaik is seeking a quick political and economic fix rather than requiring an honest application of the rules of justice and countless United Nations resolutions.

It is akin to someone suggesting with a straight face that the solution to the Palestinian catastrophe and ongoing dehumanization is to send the Palestinians to Mars. What about the astronomical costs and unattainability of the whole enterprise? When such sobering realities are acknowledged, the author shrugs off these insurmountable obstacles with an admission that “there are countless complex wrinkles to iron out.” You don’t say!

The hard questions remain largely unanswered: What if Israel refuses, as it most certainly will? Tempt it with economic benefits and reward it for breaking international law, Ismaik suggests.

The hard questions remain largely unanswered: What if Israel refuses? What if Jordanians object? What if Palestinians don’t want to be dissolved as a nation?

What if Jordanians object? They will eventually come around, by inserting a clause guaranteeing permanent Hashemite rule, he imagines.

What if Palestinians don’t want to be dissolved as a nation only to be ruled by Jordan after decades of struggling for their own national identity? Who cares?

Ismaik seems to assume that the fact that many Palestinians can assimilate socially in Jordanian society is sufficient evidence that they would be willing to abandon their dream of statehood and independence. This assumption is misguided.

Ismaik does make a valid point when he states that “every attempt at a solution since the Six-Day War in June 1967 has been deeply flawed, unnecessarily complex, or downright lopsided.” Unfortunately, his Jordanian annexation idea ranks up there with those equally unrealistic and inherently inappropriate attempts at escaping the root cause of the conflict: Israel’s illegal occupation of Palestinian land.

The simple and obvious solution for William of Ockham, had he been living among us, would be to call for the immediate end of the occupation by allowing the Palestinian people to freely determine their destiny on the undisputed land of their ancestors. There is no other alternative path to peace in the Middle East.

Third COVID wave will be most severe: Former Health ....

Third COVID wave will be most severe: ....