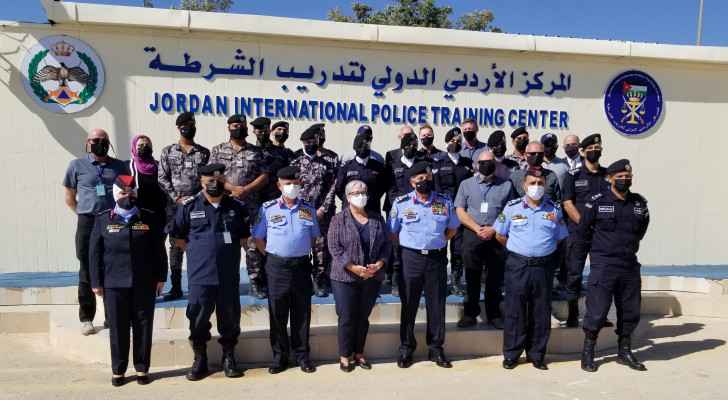 Ambassador Donica Pottie noted during the event, “As graduates of this training program, you have demonstrated not only your skills to serve in a time of crisis, but also your ability to teach others how to remain calm while delivering lifesaving medical aid. I am confident by the display I have seen today that the experience you have gained as trainers, will help you and your colleagues weather the most difficult of storms. That when seconds count, these valuable skills in emergency medical care will save lives.”

The event is part of a broader initiative to train women police officers for operational security roles. Since 2018, Canada has supported critical incident response training in the form of women firearms and search techniques courses, as well as emergency medical training. The firearms course aims to enhance the safety and security of all women and girls, by having a balanced police agency that reflects the population it serves. The emergency medical training gives both men and women officers the skills to provide lifesaving medical interventions during a critical incident to keep injured victims alive until medical professionals are able to safely enter the scene. Due to the tactical firearms and search courses, both working level and senior leadership are recognizing the operational value and strength of women police officers.

This project responds to Jordan and Canada’s combined vision to support the global efforts to fight terrorism by empowering women police officers respond to violent incidents. The initiative addresses both the Jordanian National Action Plan (JONAP) for advancing the implementation of UN Security Council resolution 1325 on Women, Peace and Security (UNSCR 1325); as well as Canada’s Feminist International Assistance Policy (FIAP) to help strengthen global peace and security through increased participation of women in peacebuilding and women’s representation in the security sector.

The PSD’s commitment to JONAP and UNSCR 1325 are a model for other law enforcement agencies inthe region. As such, the PSD was also awarded the Elsie Initiative Fund in the form of $1 Million USD insupport of building a dedicated female training center. The new building will streamline women’s career paths to increase uniformed women’s participation in UN peace operations, including in leadershiproles. Once established, the facility will be well positioned to become a regional training center of excellence to prepare police women for deployment to UN peace operations.