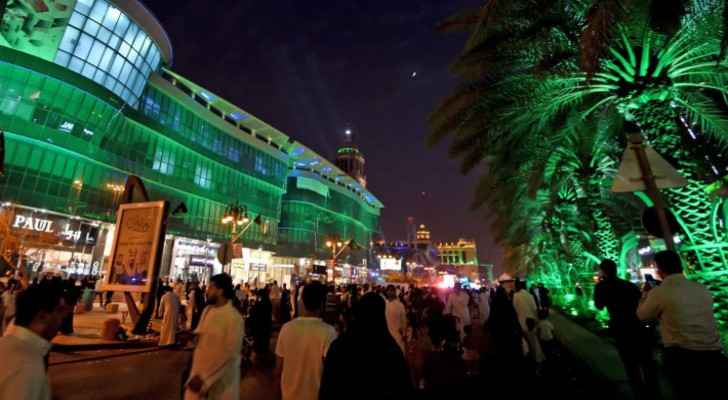 People on social media circulated videos and photos of a number of harassment cases which occurred during the celebrations of the Saudi Arabia National Day. This prompted the Saudi Ministry of Interior to issue a statement in which it vowed to punish the harassers.

One of the videos showed a young man harassing a female after she came out of the window of a car holding and hoisting the Saudi flag, while he was approaching her and filming her. The video also showed the female trying to keep him away from her.

In another video, a large group of young men gathered around a woman and harassed her while she was trying to get away from them.

Additionally, another video showed a young man touching the body of a woman before another man came and stopped the harasser.

A video showed another case of mass harassment, in which a female who was wearing a black niqab and a black abaya, was harassed by a group of men.

According to the Saudi Public Prosecution, the penalty for harassment reaches up to two years imprisonment and a fine of 100,000 riyals (around USD 27,000).

In turn, the Saudi Ministry of Interior indicated Friday that the penalty will be increased to five years in prison, and a fine of 300,000 riyals, if harassment is repeated or practiced against certain groups, including children and people with disabilities.

Social media users demanded that the harshest penalties be imposed on the harassers who appeared in the videos.

The Kingdom of Saudi Arabia celebrated Thursday its 91st National Day, with a military parade in the capital, Riyadh, in which women participated for the first time.