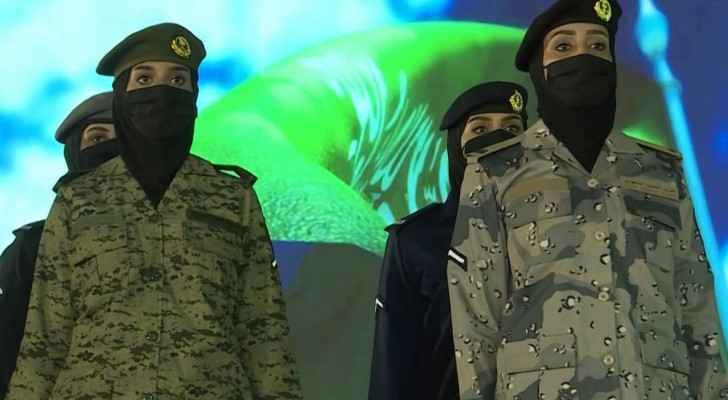 The Kingdom of Saudi Arabia celebrated the its 91st National Day, with a military parade in the capital, Riyadh, in which women participated for the first time.