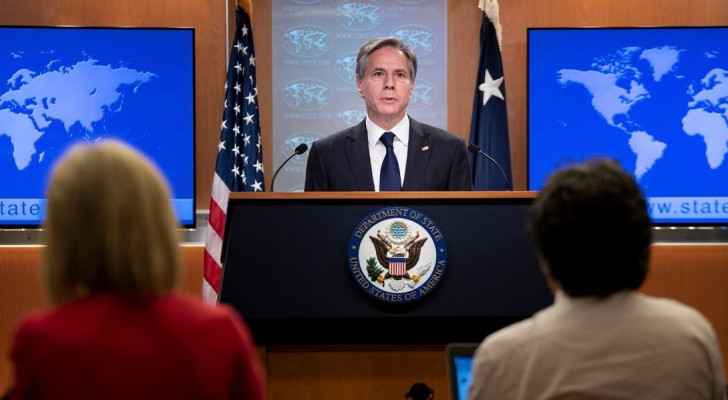 Friday, US Secretary of State Antony Blinken called on more Arab nations to recognize the Israeli Occupation as he met four ministers on the anniversary of a normalization accord.

Blinken said in a virtual meeting with ministers of the three countries as well as the Israeli Occupation “We will encourage more countries to follow the lead of the Emirates, Bahrain and Morocco. We want to widen the circle of peaceful diplomacy.”

UAE was the first Gulf country and the third Arab country to normalize relations with the Hebrew state, followed by Bahrain, then Sudan and finally Morocco, after Jordan (1994) and Egypt (1979) recognized the Israeli Occupation.

Blinken defends withdrawal from Afghanistan as ....

Blinken defends withdrawal from Afghanistan as ....