Blinken defends withdrawal from Afghanistan as Congress accuses him of treason 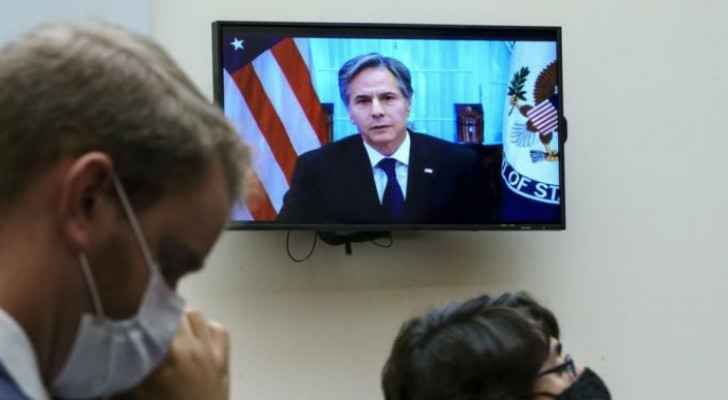 US Secretary of State Anthony Blinken defended to Congress the chaotic withdrawal from Afghanistan, which he described as a "historic catastrophe" and an "unconditional surrender."

In an assertive tone that the jovial diplomat had not yet used, Blinken responded to accusations of not being sufficiently prepared for withdrawal, some of which came from the ranks of the Democratic camp as well. He launched a counterattack by blaming former President Donald Trump for the situation.

"We inherited a deadline, but we did not inherit a plan," he said during a session in the US House of Representatives.

During his presidency, the Trump administration and the Taliban concluded an agreement that set a deadline for the complete withdrawal of foreign forces and the release of 5,000 immigrants.

Blinken believed that President Joe Biden had no other choice when entering the White House in early 2021, "except to put an end to the war or engage in an escalation."

Biden had long shown his determination to end the longest war in the United States, keeping the Democratic president on the withdrawal initiated by his Republican predecessor.

The American withdrawal from Afghanistan received support from a large part of the American political class, but its achievement was criticized by all parties after it turned into a real disaster with the return of the Taliban movement to power after it was expelled from power 20 years ago, before the last American soldiers withdrew from Kabul.

The United States was forced to hurriedly establish an air bridge to evacuate foreigners and Afghans who might face reprisals from the Taliban. Thirteen American soldiers were killed in an attack launched by the "Islamic State - Khorasan Province", which targeted the evacuation process in front of Kabul Airport.

"The president refused to listen to his generals and intelligence officials who warned him specifically of what would happen during our withdrawal," Republican Representative Michael McCaul said, denouncing a "historic catastrophe" and "unconditional surrender to the Taliban."

He accused Biden and Blinken of "not keeping the promise" that no Americans would be left in Afghanistan after the withdrawal.

"You hold everyone responsible except yourself and the Taliban," his colleague Dan Moser said sarcastically.

While Democrats have softened their criticisms since August, Republicans in turn intensified their attacks during the five-hour session, some of them even calling for the Secretary of State's resignation.

"You manipulated the intelligence services," shouted Brian Mast, holding pictures of two soldiers killed at the end of August in Kabul.

"What you're saying is simply wrong," said Anthony Blinken, who broke his usual calm for a while when Representative Ronnie Jackson accused him of exploiting the military deaths.

He responded to a deputy who accused him of "treason" by saying, "I am being held accountable and we did what we should have done."

In essence, the US Secretary of State explained that "even the most pessimistic analyzes did not anticipate the collapse of government forces in Kabul before the withdrawal of US forces. Nothing shows that our staying longer would have made the Afghan forces more resistant and independent."

He added, "We prepared for a large number of scenarios," which allowed him to evacuate 124,000 people.

The US secretary confirmed that he had resumed granting special entry visas to interpreters and other Afghan aides to Washington that the Trump administration had "frozen."

However, the very bureaucratic procedures remained stumbling until the chaos at the end of the withdrawal.