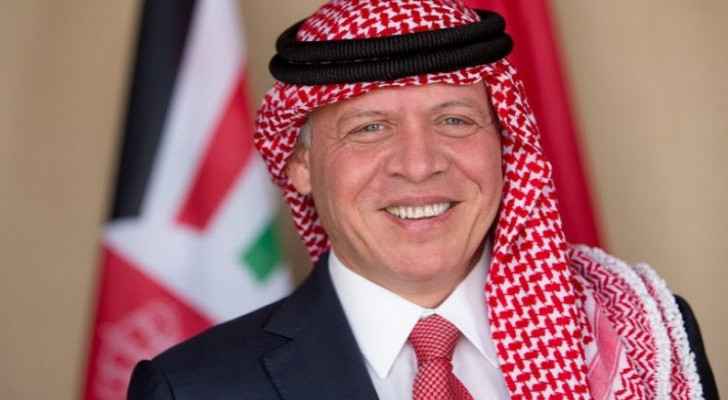 His Majesty the King left the homeland on Sunday for the Russian capital, Moscow, to hold talks with Russian President Vladimir Putin.

HRH Prince Al-Hussein bin Abdullah II, the Crown Prince, was sworn in as Deputy to His Majesty the King, in the presence of the cabinet.

During the summit, the two leaders affirmed their keenness to consolidate, develop and advance the relations that bring together the two friendly countries and peoples in various fields.

In statements at the beginning of the summit meeting, His Majesty the King stressed that the bilateral relations between the two countries are constantly improving, noting that there are many opportunities in the post-Coronavirus era in the field of agriculture, the medical sector and the production of vaccines in the near future.

His Majesty said that Russia plays the most supportive role for stability with regard to the challenges in Syria, praising its role and the role of President Putin in the Middle East as an element of stability in the midst of the challenges it faces.

With regard to the events in Afghanistan, His Majesty indicated that "we are all watching the development of events in Afghanistan with great concern, but we continue to fight extremism," stressing that, after these recent developments and the consequences of the pandemic, it is necessary to re-coordinate roles in confronting extremism not only in the region but also across the world.

His Majesty the King also praised the Russian support for the Kingdom and its provision of anti-Coronavirus vaccines, saying, "We are grateful for your role in helping us fight the pandemic."

Putin stressed that relations between Russia and Jordan are developing in all fields, especially politics, trade and economy, pointing to the existence of a joint governmental committee between the two countries.

The Russian President also referred to bilateral efforts to work to overcome the pandemic and its effects.

Putin concluded his speech by saying, "I hope that we will have a rich dialogue on urgent current issues, including issues that we have discussed over the past years, such as the situation in Syria, in addition to the current tense situation in Afghanistan."

The summit, which included a working lunch hosted by President Putin in honor of His Majesty and the accompanying delegation, was attended by the Deputy Prime Minister, Minister of Foreign Affairs and Expatriates Affairs, the Chairman of the Joint Chiefs of Staff, the Director of General Intelligence, and the Jordanian ambassador in Moscow, as well as on the Russian side by the Ministers of Foreign Affairs, Defense and Agriculture, and a number of officials. .