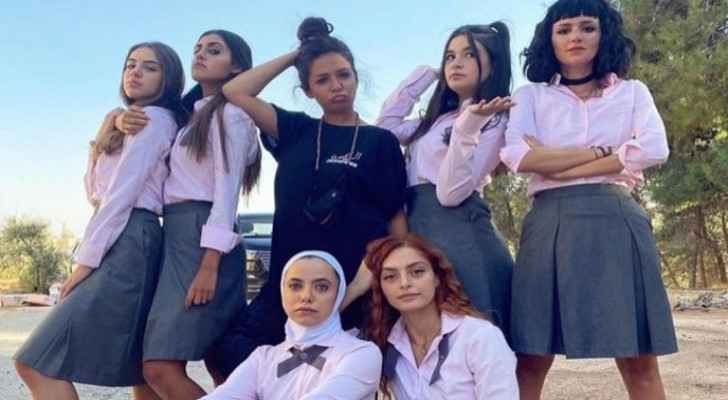 Tima Shomali, the director of the Jordanian series “AlRawabi School for Girls,” said she is very proud of the results and feedback they received from the series.

The series, created, written and directed by Tima Shomali alongside writer Shirin Kamal, is the second Arab show released by Netflix after Jinn in 2019.

The series talks about three girls who are constantly bullied at their school and they plan a comeback against all their bullies.

The first episode of the series was released Thursday on Netflix. The six-episode show is available in more than 32 languages across 190 countries around the world.

In an interview in 2019 after the show was first announced, Shomali said "AlRawabi School for Girls is a very dear project to my heart. It depicts the stories and struggles of young Arab women in a light that we hadn't yet seen before in the region, particularly with this age group.”

"It's a show that stems from the eyes of women about women and I am really pleased to collaborate with Netflix and have the opportunity to tell the stories of young women in our region on such a global platform.”

“I wanted to give a small glimpse into social issues such as bullying, the gap between the families and their daughters, and the gap in social conversation more broadly,” Shomali said.

One of those who had positive things to say about the series wrote on Twitter, “AlRawabi School for Girls series, a really great series. I thank Netflix for this wonderful series. I also thank my country for making good series. I am proud that this series is a Jordanian production.”

Another social media user said, “Just finished watching Alrawabi, great work. First time I gave my rating on any TV series, I give it eight out of 10. Congrats for the Jordanian team behind this amazing work, keep the good work on.”

“AlRawabi School for Girls -2nd Jordanian Netflix production- was really good, it's heartbreaking how it accurately reflects the life of most Jordanian girls & the highschool drama is frighteningly spot on, well done to everyone involved,” another user said.

However, some social media users criticized the series.

“The actors were trying too hard to be like western actors. Did not like it at all,” a user said.

Another person wrote, “Not good… It gave a very bad impression about our schools' kids…”