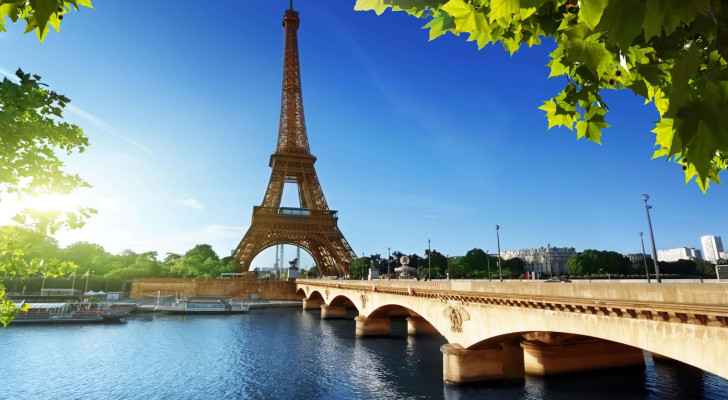 France hopes to receive 50 million foreign tourists this summer, mostly from Europe, while "far" international visitors will remain absent, said Minister of State for Tourism Jean-Baptiste Lemoine in an interview with the Journal du Dimanche.

"We hope to receive 50 million foreign tourists this year, compared to 35 million last year, and 90 million in 2019," Lemoine said.

"There are European tourists, including Germans, Dutch and Belgians... On the other hand, fewer Britons come, like last year, because their government imposed on them two weeks of quarantine after their return," he added.

"Faraway" international visitors, who are vital to Paris, may still be largely absent.

"A small number of Americans have returned since June, but Asian tourists will not come again until 2022. Paris is still suffering from weak business tourism," the French minister said.

But there is good news, according to Lemoine, who explained that “many commercial activities were planned between September and December 2021 as was the case in”, noting that “there is a downside because specialists in organizing activities expect a 50 percent reduction in the area of rental suites.

Also, it is expected that a number of French people will choose to spend their holidays in France.

The Minister of State for Tourism explained, "In 2020, 94 percent of the French chose to spend their vacation in France. This year, their percentage reached 80 percent. With the spread of the fourth wave of the virus around the world, many chose domestic tourism. And that percentage will undoubtedly rise to about 85 percent."

Lemoine explained that French expatriates wishing to return to their homeland will also be able to apply "as of this week" to obtain a health permit.

In practice, it is sufficient to send a document proving that they have received a vaccine approved by the European Union or its equivalent and papers proving their residence abroad in order to obtain a QR code.

But Lemoyne made clear that, though, a health permit would not necessarily be synonymous with a total lifting of health restrictions.

He continued, "The health permit is the main tool to combat the epidemic, and its principle is to avoid traditional measures. However, it is not always possible to predict (developments) of the virus and we will continue to manage a regional response."