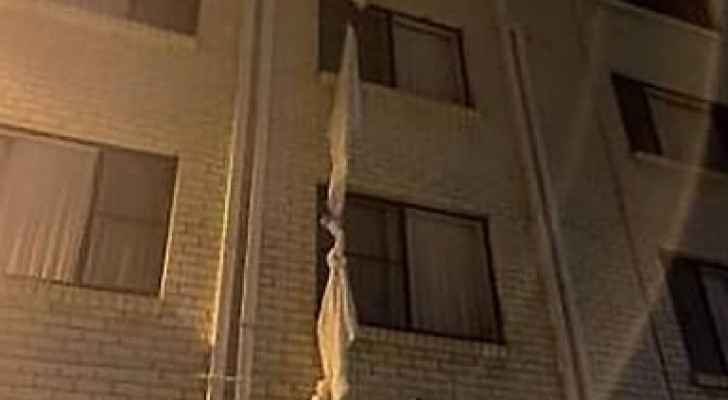 An Australian man escaped coronavirus hotel quarantine by slowly climbing down a 'rope' made of bedsheets he tied together from a fourth floor window, according to local authorities Tuesday.

After arriving in Perth on an internal flight from Brisbane, the man had his application for entry refused under Australia's tough border entry rules intended to stop COVID-19 from spreading around the country.

The man was told to leave the state within 48 hours and was taken to a hotel for quarantine.

However, the man had other plans, and instead of remaining under strict quarantine restrictions, he escaped using bedsheets from his room.

Eight hours later, the authorities arrested the man across town and he was charged with failing to comply with direction and providing false and misleading information.

Sydney extends lockdown until end of ....