Palestinian People's Party withdraws from government after death of activist 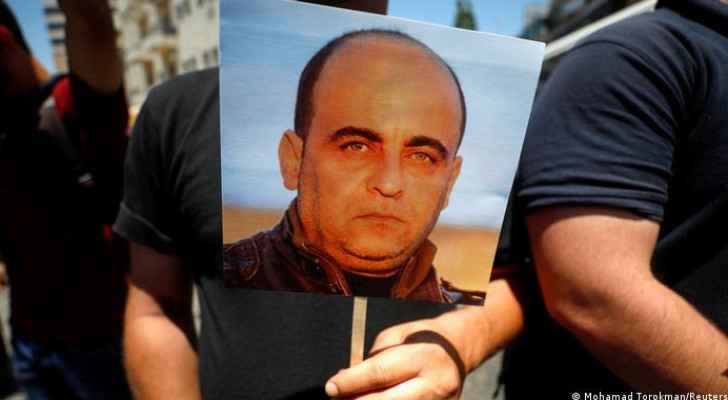 An official in the Palestinian People's Party (formerly the Communist Party) announced that the party's central committee decided on Sunday to withdraw from the Palestinian government headed by Muhammad Shtayyeh due to "its disrespect for laws and public freedoms," against the background of the death of a Palestinian activist during his arrest by the security services at dawn on Thursday.

The People's Party is represented in the Fatah-led government by Labor Minister Nasri Abu Jaish.

"The party took this decision, and I represent the party and I will abide by it, and I have no further comment," Minister Abu Jaish told AFP.

Accordingly, the Minister of Labor will submit his resignation Monday.

Shtayyeh's government was formed in April 2019 by presidential decree, and was entrusted with the task of preparing for the elections, which were later postponed.

The decision of the People's Party comes in light of the massive protests that took place in Palestine following the killing of Palestinian human rights activist Nizar Banat during his arrest by the security services at dawn last Thursday.

Sunday, protesters called for a sit-in in the center of the city of Ramallah in the West Bank to demand accountability for those responsible. Clashes soon erupted between the protesters and a number of Fatah supporters who gathered in support of President Mahmoud Abbas, according to an AFP correspondent.

Journalists reported that security men in civilian clothes prevented them from filming, while an AFP correspondent reported that a number of them attacked protesters who were chanting against Abbas.

As a result, the Palestinian Journalists Syndicate called on all Palestinian and Arab journalists and media outlets operating in the Palestinian territories to boycott the news of the presidency and the government until its demands are met, including the dismissal of the police chief “on the background of the police’s failure to provide protection for journalists who were attacked, prevented from covering and threatened by Elements in civilian clothes, in full view of the police.

In the city of Hebron in the southern West Bank, protesters also staged a sit-in, during which they raised pictures of activist Nizar Banat and placards holding "the president of the authority responsible for the assassination of Nizar Banat," according to an AFP photographer.

While Nizar Banat's family and human rights organizations announced that he was beaten by the security forces upon his arrest, Palestinian Prime Minister Muhammad Shtayyeh announced the formation of a committee to investigate the circumstances of his death.

Nizar Banat, 43, was one of the most vocal critics of the Palestinian Authority and Abbas on social media.

About two months ago, he announced that his house had been shot at by unknown assailants.

He was also a candidate for the Legislative Council in the elections that were supposed to take place in May for the independent "Freedom and Dignity" list.