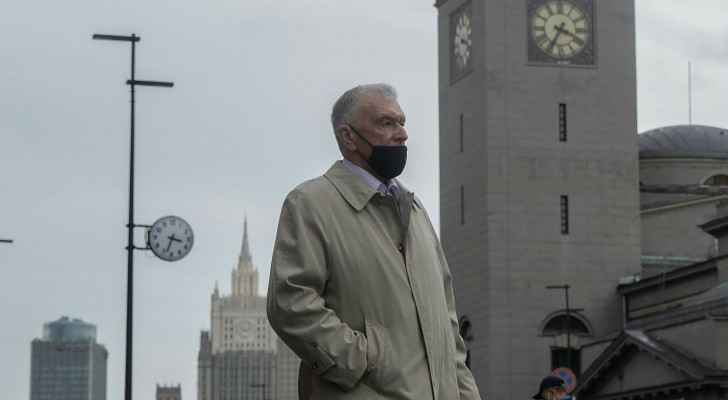 Saturday, the Russian capital, Moscow, announced 9,120 cases of coronavirus during the last 24 hours, in a new record number of infections for the second day in a row, according to government data.

Just two weeks ago, Russia was recording about 3,000 injuries per day.

It is noteworthy that the new infections are driven by the "Delta" variant, which was first detected in India and threatens to close Moscow hospitals, at a time when officials are rushing to provide new beds for patients.

Moscow Deputy Mayor Anastasia Rakova said in a statement that the city will increase the number of beds available in hospitals to 24,000 from 17,000 over the next two weeks.

More than half of the new infections were recorded in Moscow, which is the epicenter of the virus outbreak in Russia, where about 5.3 million cases have been announced since the beginning of the epidemic.

According to an AFP count, Russia's death toll is the sixth highest in the world.

Moscow Mayor Sergei Sobyanin said the delta mutant is responsible for about 90 percent of new infections.

The highly contagious mutant forced the mayor to re-impose a series of restrictions linked to the epidemic in the Russian capital.

The Russian authorities relied on its four vaccines ("Sputnik-V", "Epivac Corona", "Kovivak" and "Sputnik Lite") to limit the spread of the epidemic, but it faced doubts from its population about vaccination.

Although Russia launched its vaccination campaign in December, only 19 million of its population of about 146 million have received at least one dose of the vaccine, according to the GoGov website, which collects Covid numbers from regions and the media in the absence of a national statistics office.

A recent independent census stated that 60 percent of Russians do not intend to receive the vaccine.

But Sobanyan threatened Wednesday to make the vaccine mandatory, saying citizens working in the service sector must receive the full vaccination by August 15.

Moscow welcomes Washington's return to 'reason' at the ....