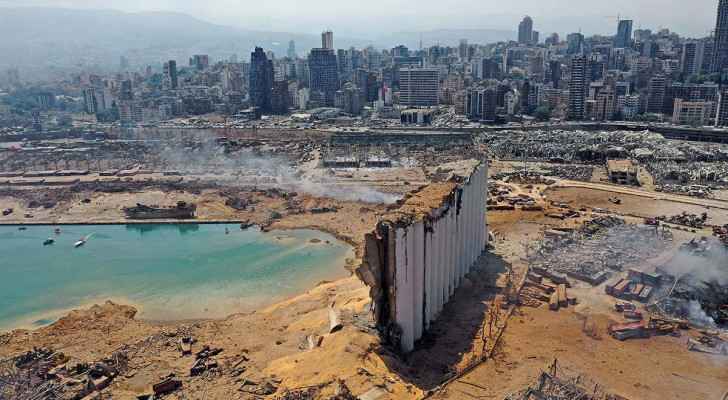 More than 50 organizations, including Amnesty International and Human Rights Watch, called Tuesday for the United Nations to establish an international investigation into the explosion of the Beirut Port after the local investigation has not make any progress in the last ten months.

After the Aug. 4 blast, which left more than 200 dead and 6,500 wounded, and destroyed large swathes of Beirut, Lebanon has refused to conduct an international investigation into the explosion, which the authorities attributed to the improper storage of huge amounts of ammonium nitrate.

But US and French investigators took part in the initial investigations independently.

53 international, regional and local human rights organizations, as well as 62 survivors and families of the victims, sent a letter to the United Nations Human Rights Council, in which they said that "the time has come for the Human Rights Council to intervene and listen to the demands of the families of the victims and the Lebanese people for accountability," given that The explosion constituted "a tragedy of internal proportions, caused by the failure to protect the most basic of rights - the right to life."

Human Rights Watch stated that it had documented "several flaws in the domestic investigation that render it unable to credibly deliver justice," including "blatant political interference, impunity for senior political officials, and a failure to respect fair trial standards."

"The Lebanese authorities had more than ten months to demonstrate their willingness and ability to conduct a credible investigation into the catastrophic Beirut explosion, but it failed on all fronts," said Aya Majzoub, Lebanon researcher at Human Rights Watch.

The explosion fueled the anger of the street against the entire political class, which the public accuses of corruption and neglect. It also blames it for the disaster, after it became clear that the security services, former and current officials from customs, the port administration, and the government were aware of the dangers of storing ammonium nitrate in the Port.

Politics entered the investigation line in Lebanon and contributed to obstructing the investigation, especially after the initial judicial investigator, Fadi Sawan, was removed after accusing political officials of negligence.

Last February, Tariq Bitar was appointed as a new forensic investigator into the blast.

Bitar told reporters this month that he will start the "summons" stage in the coming weeks, after he "closed to completing the technical and technical investigation stage."

He explained that the investigation "runs on three hypotheses,"  which are the accidental or deliberate outbreak of fire, or "air targeting."