US flight diverted after passenger threatens to shoot it down 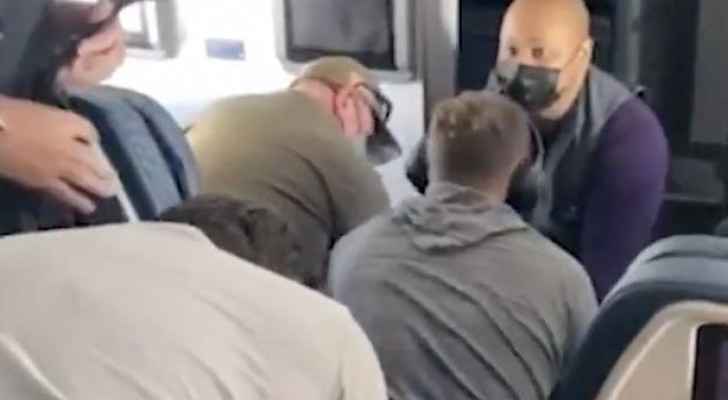 A flight from Los Angeles to Atlanta was forced to divert to make an emergency landing Friday when a passenger attacked stewardesses and threatened to shoot it down, authorities said.

While the passenger argued with the flight attendants, repeating that he would "bring down the plane," the pilot called on "all men who are physically able to do so" for help.

A number of people, including an off-duty pilot, rushed to help control the passenger, which they succeeded in after a violent fight that was partially videotaped, according to the police.

The flight was diverted to Oklahoma, where police arrested the suspect, who was identified as an off-duty 20-year-old Delta employee, according to reports. His motive was not clear.

After he complained of chest pains and showed signs of what police said were psychological problems, the suspect was taken to hospital.

No other injuries were recorded.

In the statement, Delta thanked passengers and crew members who "helped arrest an out-of-control passenger."

Police searched the plane before allowing the flight to continue, while the FBI is investigating the matter.

The incident occurred in conjunction with the announcement by the US Transportation Security Administration that its personnel conducted inspections that included more than two million passengers at airports, the highest number since before the start of the Covid crisis.

Meanwhile, Federal Aviation Authority data revealed that accidents related to "out of control passengers" that occurred on commercial flights increased this year. Many incidents were related to the mask-wearing mandate on planes.

The agency launched 394 formal legal actions in relation to cases related to "out of control passengers" as of May 25 of this year, which is a much higher pace than 183 procedures for the whole of 2020, according to its website.

A greater number of cases did not lead to the launch of formal proceedings.

King meets US Secretary of Defense ....

Delta variant makes up more than half of COVID-19 cases in ....

Delta variant makes up more than half of ....

Delta variant makes up more than half of ....

Delta variant makes up more than half ....