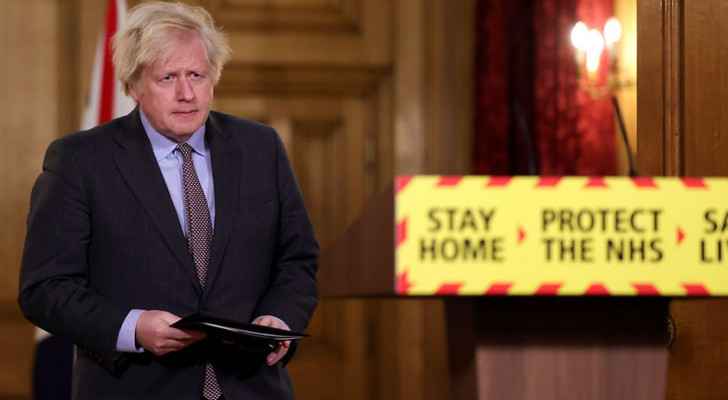 British Prime Minister Boris Johnson hinted Saturday that lifting all measures to contain the coronavirus may be delayed, given the concern caused by a new outbreak of a mutant.

The "delta" mutant, which first appeared in India, led to an increase in the number of Covid-19 infections in Britain, which raised doubts about the government's ability to implement its plan to ease restrictions from June 21.

In comments he made on the sidelines of the G7 summit in Cornwall in southwest England, Johnson said the outbreak was a matter of "extremely high concern."

He told Sky News, "It is clear that the Indian mutant is more contagious, and the fact is that infections are increasing, and the number of cases that require transportation to hospitals is increasing."

"We don't know exactly to what extent this will cause more deaths, but it is clear that the issue is of a very high concern."

Asked if he was less optimistic than he was in May about the prospect of easing restrictions under the plan, Johnson replied: "Yes, absolutely correct."

He added that while some data has not yet been resolved, the government will issue an official announcement in this regard on Monday.

The government reported Friday that the "delta" mutant is 60 percent more contagious than the mutant that forced the country to impose its last comprehensive closure in January.

Research conducted by Public Health England showed that 42,323 cases of the "delta" mutant were detected in the United Kingdom, compared to 29,892 on June 2.

The "alpha" mutant, which was first detected in Kent in southeast England, led to a significant increase in the number of infections in January, and swept the country at the beginning of a large-scale vaccination campaign.

It also led to a wave of Covid infections that exhausted the National Health Service, which at the time seemed on the verge of collapse.

Johnson indicated that the situation is currently "fundamentally different from what it was in the first two waves of the epidemic" due to what he described as "the effectiveness of the vaccination campaign."

The United Kingdom has intensified the vaccination program against the "Delta" mutant and has so far given about 71 million doses, while more than 40 percent of the population is fully immunized.