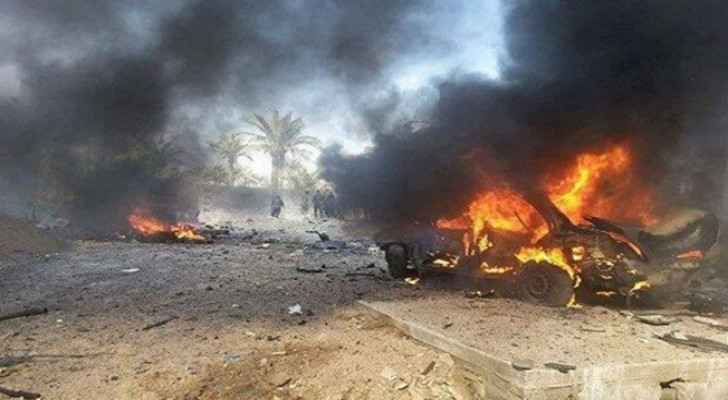 Monday, Daesh claimed responsibility for the suicide car bomb attack that targeted a security checkpoint in the southern Libyan city of Sabha on Sunday, killing two security men and wounding five others.

A statement published by the organization's propaganda agency Amaq stated that "one of the martyrs of martyrdom ... detonated his car bomb" among the elements of a checkpoint "in the Maziq area, north of the city of Sabha," speaking of the death of at least four.

Libyan Prime Minister Abdel Hamid Dabaiba condemned the "cowardly terrorist" attack and offered his condolences to the families of the two "martyrs."

This is the first attack in more than a year in the city of Sabha, the largest city in southern Libya, located about 750 km southwest of the capital, Tripoli.

It has been under the control of Field Marshal Khalifa Haftar's forces for more than two years.

Sabha and its neighboring cities have witnessed attacks carried out by extremist groups over the past years.

This area was subjected to US air strikes targeting the leaders and remnants of extremist groups operating in the nearby desert areas.

The attack comes at a time when Libya is trying to get out of the chaos it has experienced since the fall of Muammar Gaddafi's regime in 2011.

The disintegration of the Libyan security services provided an opportunity for extremist groups to operate in the region, led by the Daesh since 2014. After the organization doubled its attacks, it gradually lost its influence by losing its strongholds around the cities of Sirte (north-central) at the end of 2016 and Derna (east) in 2018.

But despite its weakness and its relegation to desert areas or its penetration among the population on the Mediterranean coast, the organization still poses a threat.

The Libyan parties signed a ceasefire agreement last October across Libya, and a transitional process began that saw the formation of a unified government that seeks to unify the country's institutions and organize elections at the end of this year.

US, Britain warn of threat to Kabul ....