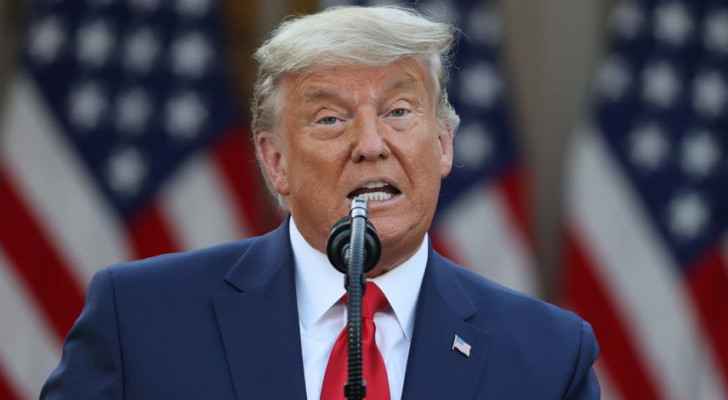 In his first televised address in months, Donald Trump, who is banned on social media and wants to return to the White House in the 2024 election, warned Saturday that America's "survival" depends on Republicans winning next year's legislative elections.

The former president addressed some 1,200 invitees to the North Carolina Republican convention, far fewer than the thousands who attended his famous rallies.

During his speech, which lasted about an hour and a half in Greenville, in the southeast of the United States, the 74-year-old billionaire again brought up the idea of running for president in 2024, which he said was "a year I look forward to with great anticipation."

Trump, who has not yet openly acknowledged the victory of his Democratic successor, Joe Biden, nearly five months after leaving the White House, repeated his unsubstantiated accusations of massive electoral fraud during the presidential elections in November 2020.

"This election will go down in history as a crime," said Trump.

Among those present, there was a woman wearing a hat that read "Trump has won."

The Republican billionaire has not given a televised address since February. His accounts on social media have been suspended since the bloody attack launched by a number of his supporters on the Capitol on Jan. 6, denouncing what they considered to be "theft" of the elections.

"America's survival depends on our ability to elect Republicans at all levels, beginning with next year's midterm elections," Trump said.

Trump painted a bleak picture of the beginning of Biden's term, noting that illegal immigration had reached "record levels."

"Our companies have been looted in foreign cyber attacks," he said.

He also said that "America is despised and humiliated on the world stage" and "bows to China."

To the applause of the audience, the 45th President of the United States addressed other key Republican issues, such as the defense of the right to bear arms and the supposed "indoctrination" of children in public schools on racism.

In contrast, the public remained silent when Trump said he was "very proud" that he had bought vaccines for Covid-19 "with billions of dollars before we even knew they would be effective."

"We saved millions of lives," he added, without eliciting any reaction from those present.

The United States has the highest death toll from corona in the world, at about 600,000.

The real estate mogul also denounced "prosecutors of the "radical left of New York" where a grand jury in May was tasked with determining the charges against Trump or his group.

Few Republicans have dared break with Trump, despite the violent attack on the Capitol and his talk of massive electoral fraud during the November 2020 presidential election.

The reason is that many of them still see him as a valuable asset for the "mid-term" parliamentary election campaign in November 2022, during which Republicans hope to regain a majority in Congress. This makes his influence unprecedented among American presidents who were defeated after one term in the White House.

Many Republicans consider the "mid-term" campaign message to be focused on criticizing the policies pursued by his Democratic successor, Joe Biden.

But it appears that Donald Trump is not ready to abandon his theory that has been refuted by the courts that the 2020 election was stolen from him.

Obama: Republican Party lacked the courage to stand up to ....

Biden pledges support for European allies ahead of summit ....

Moscow wants to discuss human rights in US in upcoming ....

Moscow wants to discuss human rights in US in ....

Moscow wants to discuss human rights in US in ....