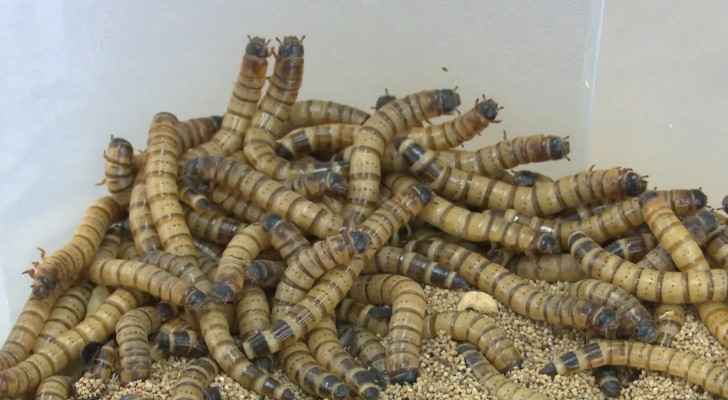 Kuwaiti businessman Jassem Buabbas has been breeding 'superworms' for animal feed for years. Now, he is hoping these creatures will find their way into the diets of Gulf citizens.

In a small, dark room outside Kuwait City, Buabbas places the worm-like larvae of the darkling beetle, famed for their high protein content, into a transparent box on a bed of bran and corn flour.

Buabbas said "I expect that these worms will be in the restaurant orders in the future. My ambition is for worms to be a successful food alternative for humans, not just for birds."

He continued saying "They are popular in Thai cuisine, so why not have Thai cuisine here in Kuwait and it becomes a 'main course.' During the past two years, I have so far created three types of sauces for this kind of food."

He added, "My customers include the owners of birds, fish, reptiles and even squirrel breeders as this type of beetles is considered a main food for squirrels, and we have good squirrel breeders here in Kuwait."

Kuwait lights towers with Palestinian flag in light of ....

Kuwait 'surprised' at silence of UN Security Council on ....

Kuwait 'surprised' at silence of UN ....