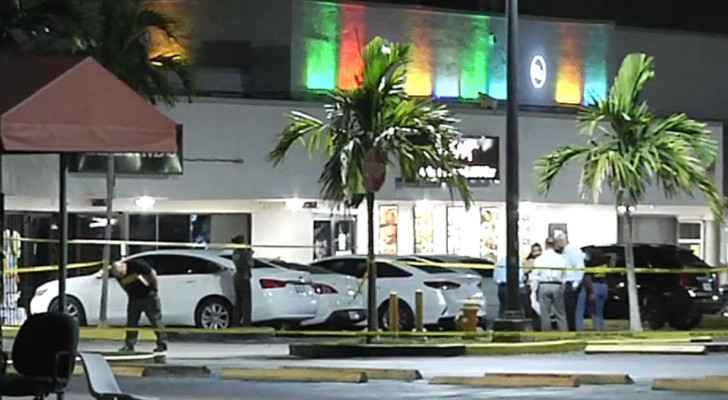 Two people were killed and at least twenty were injured Sunday when a group of three "randomly shot a crowd" outside a hall hosting a concert in Miami, Florida, according to local police.

The shooting took place early Sunday morning in front of a billiards hall in a mall near Miami Gardens to the northwest of the city center.

"The hall was hosting a party and several of the organizers were standing outside," the Miami-Dade Police Department said.

It added that a Nissan Pathfinder SUV approached and "three people got out and started firing randomly into the crowd."

Then the three got in the car again and fled.

When the ambulance teams arrived, they found two dead, according to the statement.

And transported at least twenty wounded to hospital, including at least one in critical condition.

Police station chief Alfredo Ramirez condemned, in a tweet, "a cowardly act of violence with weapons."

"These are cold-blooded killers who fired indiscriminately into a crowd," he said, stressing, "We will do justice."

Last year, there was an increase in homicides, most of which were by firearms.

The most recent shootings targeted a FedEx express mail facility in Indianapolis, an office building in California, a store in Colorado and spas in Atlanta.

Last month, President Joe Biden denounced an "epidemic" that is a source of "embarrassment in the international arena."

The United States counted the deaths of more than 43,000 people with firearms last year, including suicides, according to the "Archives of Weapon Violence."

Memorial honors victims of 'gun violence epidemic' in US