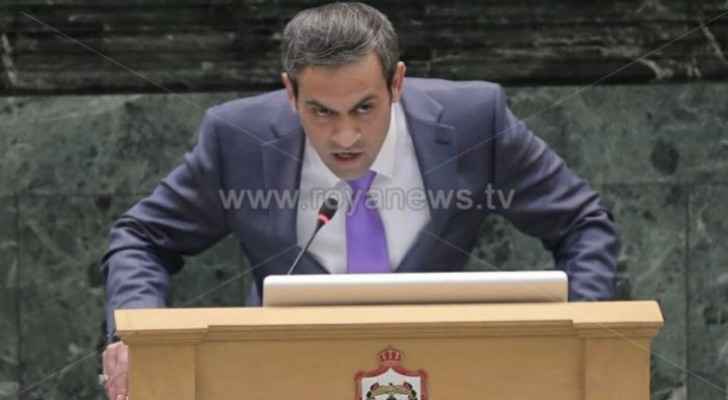 Thursday, the Lower House of Parliament voted in favor of the legal committee’s decision to freeze the membership of MP Osama al-Ajarmah, from the Amman 5th Constituency, for one year following 'offensive' remarks he made during a session Monday.

During an emergency session, the Lower House of Parliament also agreed to block Ajarmah from participating in any parliamentary work as well as cut his pay and other allocations during the freeze period.