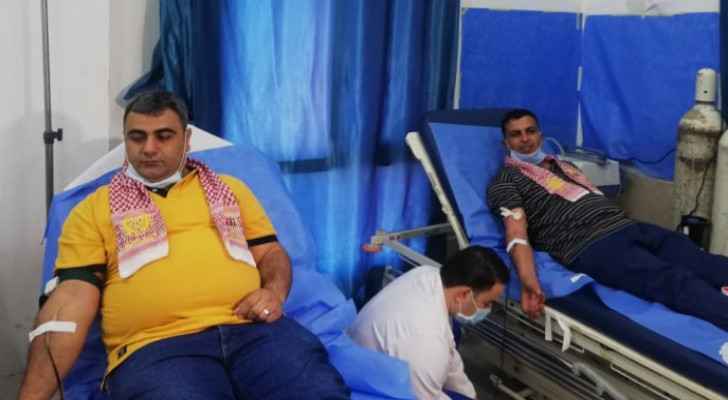 The hospital’s director, Faris Al-Huneiti, said “The blood donation campaign carried out by the hospital’s staff came within the framework of the continuous support provided by the Hashemite Kingdom of Jordan to the Palestinian brothers in the [Gaza] Strip in light of the difficult conditions they live in.”

Huneiti indicated that the hospital administration is in constant contact with various local hospitals in the Gaza Strip in order to provide them with all forms of aid and medical support.

In turn, the hospital’s administration in Gaza expressed its appreciation for the continuous stances and efforts made by His Majesty King Abdullah II and the Jordanian people to support those living in the Gaza Strip.

Citizens, MPs call for establishment of field hospitals in ....

Citizens, MPs call for establishment of ....