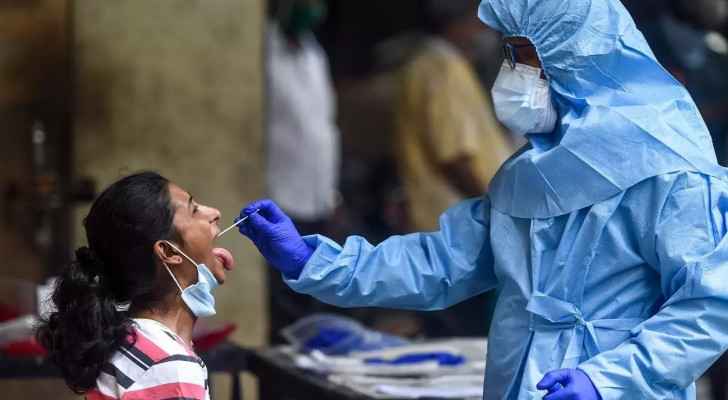 The number of coronavirus deaths in India exceeded 250,000 Wednesday, while the World Health Organization said that the Indian mutant, which is fueling the severe spread in India, was detected in dozens of countries.

While vaccines have helped alleviate the epidemic crisis in the United States and Europe, India is still facing a devastating wave of the spread of the virus.

About 4,205 additional deaths were recorded Wednesday during the past 24 hours, which is a national record, bringing the total number of deaths to 254,197.

But many experts believe that the official figures for deaths in India are underestimated.

"The deaths are much higher than our official data reveal," Anant Bhan, an independent researcher on health policy and bioethics, told AFP.

Across India, overcrowded hospitals are unable to treat patients, and many Covid-19 deaths have not been recorded properly.

Pictures of bodies being burned in parking lots and other public places have highlighted the scale of the crisis.

Likewise, corpses have been seen floating on the sacred Ganges River, raising fears that the virus is now spreading to the vast remote rural areas of India, where two-thirds of the population live and where the healthcare system is weak.

The number of bodies of the victims of the epidemic that ended up on the banks of the Ganges River in Bihar state (north) on Wednesday rose to 71, according to officials.

The Minister of Water Resources in Bihar said a net had been placed in the river to pick up any other potential corpses.

The huge political rallies and religious events that have attracted millions of people in recent months are a major factor in the fatal health crisis in India, in addition to the mutant that was first detected in India in October.

Many countries closed their borders to travelers from India in an attempt to prevent the mutant from spreading, but it has already been discovered in 44 countries, according to the WHO.

Britain has recorded the largest number of infections with this mutant outside India, according to the organization.

This week, the organization classified the Indian mutant as "alarming" and placed it alongside three other mutants discovered in Britain, Brazil and South Africa.

The latest: developments in the spread of COVID-19 around ....

The latest: developments in the spread ....