One killed, several injured in Israeli Occupation raids on Syria 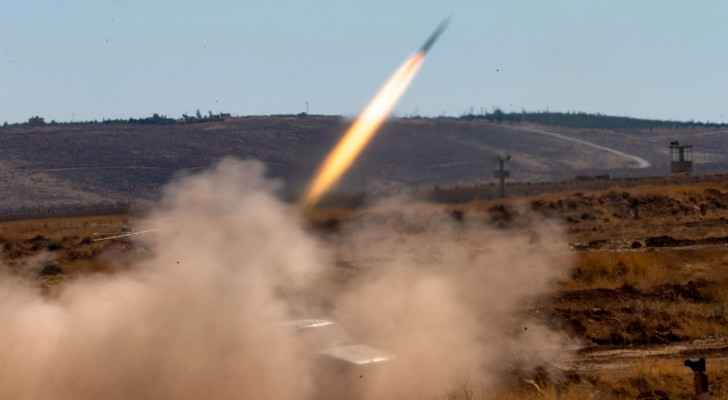 At least one civilian was killed and six others were wounded at dawn Wednesday, as a result of Israeli Occupation raids on several targets in the coastal province of Latakia in Syria, according to official media.

During the past years, the Israeli Occupation launched dozens of air strikes in Syria, targeting mainly Syrian army positions, Iranian targets, and other Lebanese Hezbollah targets.

The official Syrian News Agency, SANA, quoted a military source as saying that “at about 2-18 minutes today, the Israeli enemy carried out an air attack from the direction of southwest Latakia, targeting some points in the coastal area.

According to the source, the bombing resulted in "the death of a civilian and the wounding of six others, including a child and his mother, in addition to some material losses, including a civilian facility for the manufacture of plastic materials."

SANA reported that its air defenses responded to Israeli Occupation missile strikes at Al-Haffah areas in Lattakia and Masyaf, west of Hama Governorate. The explosions echoed in the cities of Latakia and Tartous.

There was no official comment from the Israeli Occupation side about the bombing.

The Latakia region, from which the family of President Bashar al-Assad hails, is rarely hit by Israeli Occupation strikes.

SANA agency published photos showing a young girl lying on a bed inside a hospital while doctors were examining her injury and traces of blood on her. In another photo, an elderly man lies on a bed with an oxygen mask attached to his face.

In other photos, a large hole caused by the bombing appears in a kitchen wall, clothes piled on the floor, while small stones and dust cover a bed.

The Israeli Occupation rarely confirms carrying out strikes in Syria, but it will repeat that it will continue to confront what it describes as Iran's attempts to establish its military presence near its borders.

The Syrian conflict has killed more than 388,000 people, caused massive damage to infrastructure, and led to the displacement and displacement of millions of people inside and outside the country.

Jordanians prepare to march to borders of ....

Jordanians prepare to march to borders of ....

Jordanians prepare to march to borders ....