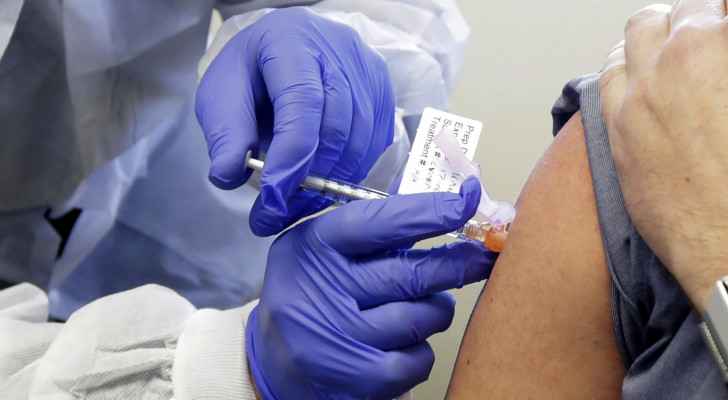 Tuesday, the Ministry of Education began a campaign to vaccinate teachers against the coronavirus, in preparation for the safe return to schools at the beginning of the next academic year.

In press statements, the Secretary-General of the Ministry of Education for Administrative and Financial Affairs, Najwa Qubeilat, announced that the campaign will start off in the Kingdom's capital, but will launch in the other governorates Thursday.

Teachers must be registered on the Ministry of Health's official vaccination platform.

She indicated that the ministry has designated four centers for vaccinating teachers in the Amman, including the King Abdullah School for Excellence in Qweismeh, Al-Isra Co-Education Elementary School in Kasbah, Amman, Tla'a Al-Ali Secondary School for Girls, and the Imam Malik Secondary School for Boys in Al-Qusour, Marka.

On April 28 during a government press conference to discuss mitigating COVID-19 measures, the Minister of State for Media Affairs, Sakher Dudin, affirmed the government's keenness on the return to in-person education in schools and universities by the beginning of September, indicating that a campaign has been launched to vaccinate around 160,000 teachers prior to the reopening of schools.

Cases are rising in schools, but in-person education will ....

Cases are rising in schools, but in-person ....

Cases are rising in schools, but in-person ....

Cases are rising in schools, but ....