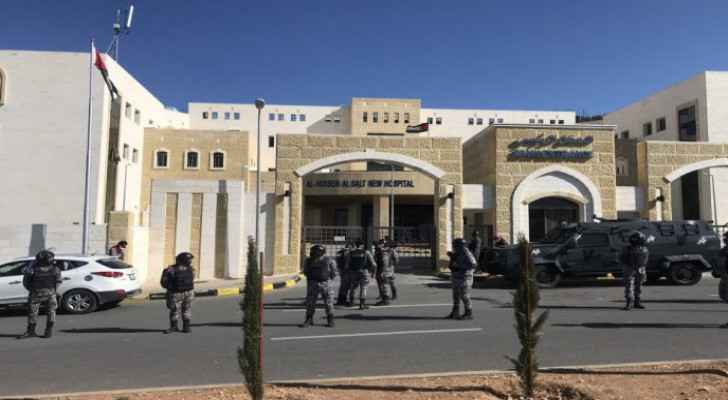 Sunday, the Amman Magistrates Court heard the testimony of two doctors specializing in anesthesia in relation to the Al-Hussein Salt New Hospital incident case, which took place in March.

The court held its eleventh session this morning, headed by Judge Odai Fraihat, to hear the testimonies of two witnesses who work at the hospital, bringing the number of witnesses who gave their testimonies to 19.

A total of 49 witnesses are expected to give testimonies in relation to the case.

The court will hold its next session Thursday, May 6.

All 13 defendants who were arrested by the Public Prosecutor following the incident were released after the expiration of their detention period of 30 days.

Two doctors give testimonies in ....