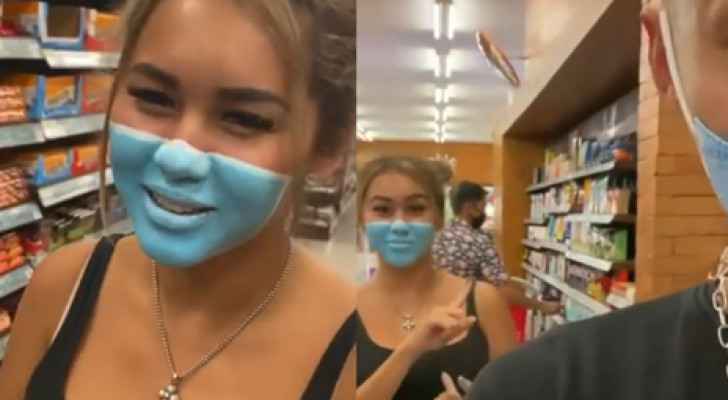 Friday, an US-based Taiwanese Youtuber, Josh Paler Lin, and Russian social media influencer, Leia Se, were ordered to leave Bali, Indonesia after they recorded themselves breaking the mandatory face mask law, by using makeup to make it seem as if they were wearing one.

The video created by the duo was posted two weeks ago.

The video showed them going around supermarkets and other establishments with a painted face mask.

“Did you notice like no one’s actually looking at you?” said Lin in the video, amazed that they were not caught.

Since then, the video appeared to have been taken down from Lin's social media, however, it has been reposted elsewhere.

Lin, who specializes in prank videos on Youtube, has a following of over three million, while Se, has over 25,000 Instagram followers.

In Bali, those who defy the mandatory face mask rule face fines of $70 for non-indonesians. The second offense allows the authorities to deport the offenders.

But, Balinese police wanted both of them deported immediately.

Bali's civil service police unit head, Dewa Nyoman Rai Dharmadi stressed that it was the appropriate measure, despite it being severe.

“They are not only violating, but deliberately provoking in public to defy health guidelines,” said Dharmadi.

The head of Bali's regional office for the Ministry of Justice and Human Rights, Jamaruli Manihuruk, said that Lin and Se will be deported right after they are tested for coronavirus.

“Foreigners who don’t respect the laws and regulations in Indonesia are facing deportation sanctions,” he said, noting that the duo will be put into detention cells at the immigration office prior to deportation.

Since then, Lin and Se posted apologies via Instagram.

The pair had shown remorse and apologized through Lin’s Instagram video.

In the video, Lin said he made the video for entertainment purposes.

"I'm a content creator and it's my job to entertain people," said Lin.

However, he stated that he could not have predicted that the video would be received by negativity.

He advised everyone to wear facemasks while inviting them to help Bali in reboosting their tourism.

Body of Jordanian citizen who died on honeymoon in ....

Body of Jordanian citizen who died on honeymoon ....

Body of Jordanian citizen who died on honeymoon ....

Body of Jordanian citizen who died on ....