Irbid parks remain closed despite government decisions to reopen them

Irbid parks remain closed despite government decisions to reopen them 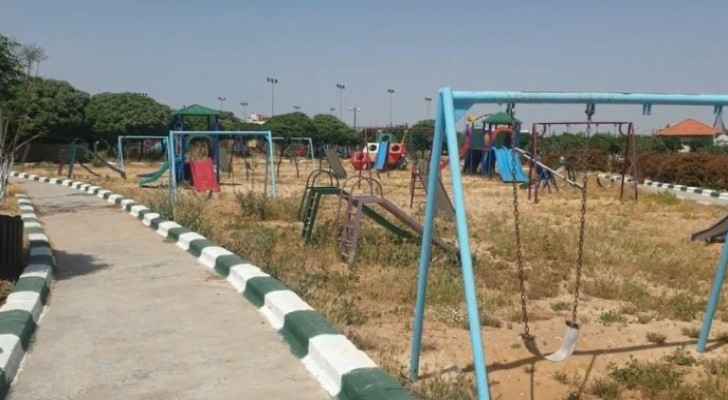 Friday, citizens were surprised by the continued closure of parks in Irbid, despite the government's decisions to reopen them beginning Friday April 30, as part of the mitigating measures announced by the the Minister of State for Media Affairs, Sakher Dudin, during a press conference Wednesday.

According to citizens, these parks have been closed for months, and after governmental decisions were made to reopen them to visitors Wednesday, families started flocking to the parks, but were surprised to find them shut.

After being deprived of playing in these parks, children expressed their disappointment to Roya.

"We came here to play on the slides and swings because they told us parks were opened, but they were closed," a young girl told Roya correspondents.

"It's almost as if the decisions have not reached them yet," said a father.

"We have been waiting for a while... The children feel choked, there are no schools or outings," he added.

A source in the Greater Irbid Municipality told Roya that certain measures must be taken prior to reopening parks.

This included carrying out comprehensive sterilization operations for all gardens and parks, and conducting the necessary maintenance too, such as planting a large number of trees and roses, in addition to removing dry weeds that have grown during the last period.

They will also be conducting comprehensive maintenance for all children's games and equipment in 23 of Irbid's parks, in addition to adding new ones before opening them to citizens during the next few days.

In-person learning to be suspended in all educational ....

In-person learning to be suspended in all ....

In-person learning to be suspended in all ....

In-person learning to be suspended in ....

Supervision of parks to be increased during Eid al-Adha

Supervision of parks to be increased during Eid ....

Supervision of parks to be increased during Eid ....

Supervision of parks to be increased ....