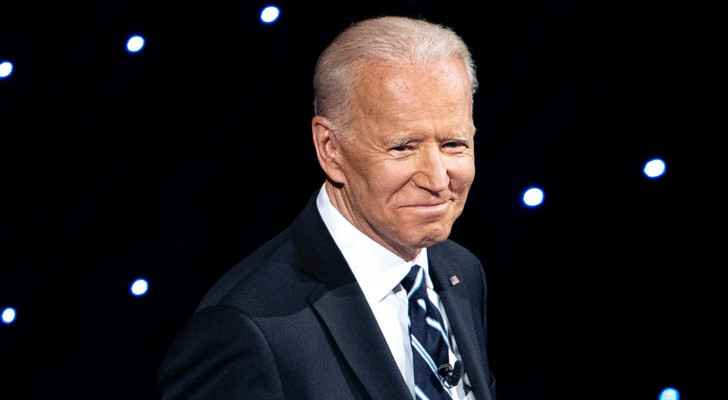 Wednesday, US President Joe Biden praised his government's "remarkable" achievement after achieving the goal of giving 200 million people doses of the coronavirus vaccine ahead of schedule.

Biden stated that the goal was achieved a week before the 100-day mark of his administration taking office, the date he set to administer 200 million doses of vaccine.

"Today we did that, today we reached 200 million doses," he said in a televised speech from the White House, adding that this was "an amazing achievement for the nation."

The US President said the use of 200 million doses in 100 days is "an incomparable goal in the world and in the efforts of mass vaccination in American history."

"The progress we've made is remarkable," he added.

Biden also announced a tax amnesty to encourage companies to give their employees a day off for vaccination, and stressed that the country is "on the right track" to be able to celebrate Independence Day on July 4 in relatively normal circumstances.

However, he cautioned that the high infection rate in some parts of the country showed that it was too early to declare victory.

"If we are complacent now and stop vigil, this virus will erase the progress."

The United States leads the world coronavirus deaths, but it also leads the vaccination race, overtaking major European countries and its neighbor Canada.

Joe Biden arrived at the White House on January 20 promising to administer 100 million doses of vaccine during his first 100 days in office. As the vaccination campaign progressed, on March 25 it was announced that the target number would be doubled.

Starting in May, all US states will have to lift all restrictions on vaccines, such as age. Some states have already made the vaccine available to all.

But the atmosphere of the celebration was disturbed by the increasing number of Covid cases in some areas of the country, including the state of Michigan.

Nevertheless, death rates are declining throughout the United States as a result of the increase in vaccination rates among the elderly and the improvement of conditions in health institutions.