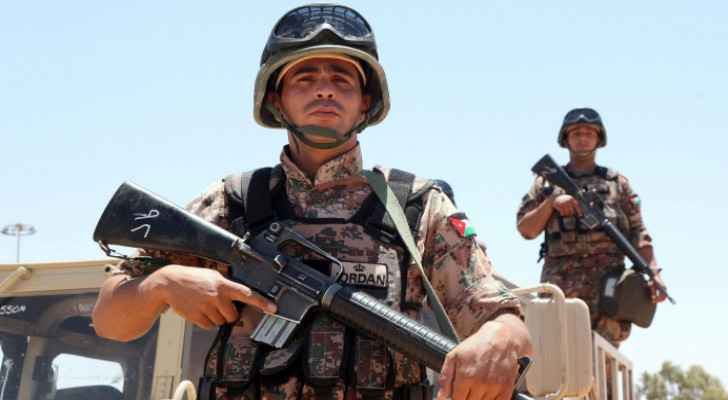 Monday, a military source in the General Command of the Jordanian Armed Forces - the Arab Army (JAF) stated that the Eastern Military Region thwarted an infiltration attempt by a group of people from Syrian lands to Jordan.

The source added that the rules of engagement were applied, during which one of the people attempting to cross the border was killed and all others retreated back to Syria.

Additionally, one border crossing officer was injured and immediately transported to the Medical City. He is currently in stable health condition, the source confirmed.

The source added that after inspecting the area, large quantities of hashish and other narcotic substances were seized.

The source affirmed that the JAF will deal firmly and decisively with any infiltration or smuggling attempt and with those who tamper with Jordanian national security.