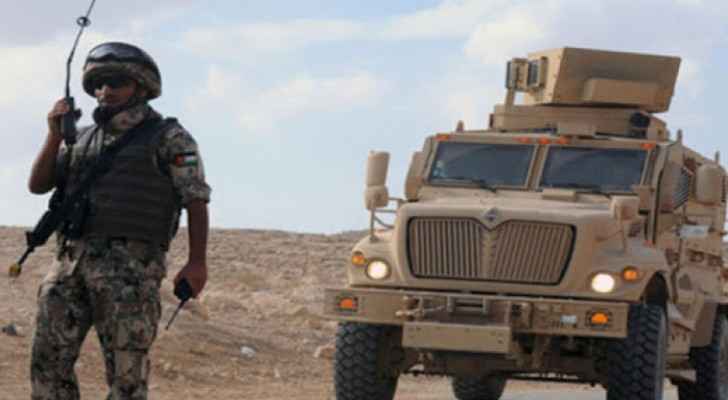 The Eastern Military Region Thursday, in coordination with the Anti Narcotics Department, thwarted an attempt to smuggle a quantity of drugs from Syrian territories to Jordanian territories.

A military source in the General Command of the Jordanian Armed Forces stated that after carrying out the necessary actions and inspections, 193 palm-sized slabs of hashish were seized, and one suspect was arrested and transferred to the relevant security authorities.

The source affirmed that the armed forces will deal firmly and decisively with any infiltration or smuggling attempts in order to protect citizens and maintain the security of the Kingdom's borders.