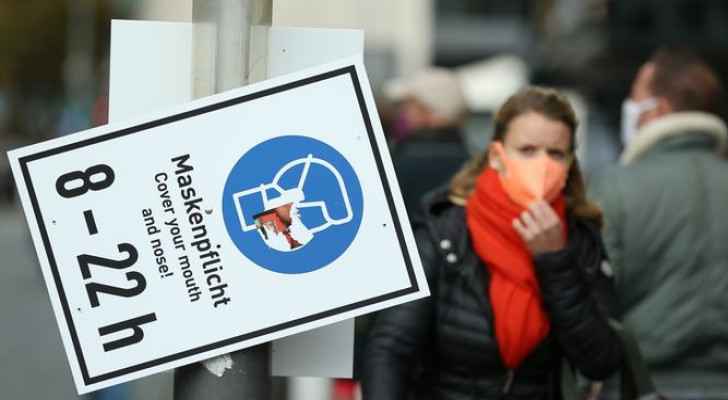 Sunday, Germany held a national memorial service for its nearly 80,000 victims of the COVID-19 pandemic, with the president urging the country to put aside deep divisions over COVID-19 restrictions to share the pain of grieving families.

"Today, as a society, we want to remember those who died a lonely and often agonizing deaths during this dark time," said Steinmeier.

"I have the impression that we as a society do not make ourselves aware that behind all the numbers there are human fates, people. Their suffering and their deaths have often remained invisible to the public," he added.

With coronavirus measures still in force restricting the number of people who can attend, the ceremonies were being broadcast live on television.

As many Germans and residents showed 'mixed emotions' towards the COVID-19 measures implemented by Merkel's government, Steinmeier noted that it was a "bitter truth" that such restrictions had "also brought about suffering".

Besides the pain of losing a loved one from the virus, restrictions in place mean that relatives are often unable to even see or hold their family members' hands as they lay dying.

Others have been left grieving on their own, as funerals or memorials are curtailed.

"We have restricted our lives to save lives. That is a conflict where there can be no way out without contradiction," said Steinmeier.

He continued, "My request today is this: let us speak about pain and suffering and anger. But let us not lose ourselves in recriminations, in looking back, but let us once again gather strength for the way forward."

A widow of a doctor whose life was claimed by COVID-19, Anita Schedel, spoke of the ordeal of watching her husband first be hospitalized and then succumb to the virus.

"After he arrived in hospital, my husband phoned me to say 'Don't worry, I'm in good hands. We'll see each other again'. Those were his last words," she said during the ceremony.

She added that her memories are haunted by the hospital corridors, machines, and images of her husband marked by illness.

In turn, regional leaders urged citizens to join in the remembrance by lighting candles by their windows from Friday to Sunday.

Memorial honors victims of 'gun violence epidemic' in US